Rehearsals are categorised as the place to find out what works and what doesn't work. As a result of this, theatre companies will refrain from having 'outsiders' in the room as they may add extra pressure onto the actors. This could affect their ability to 'play' with the play they are working with. Recently the National Youth Theatre, the world's first youth theatre, which was formed in 1956, opened a private rehearsal open to fellow educators. I was luckily allowed in to watch their Rep Company work on Dennis Kelly's dynamic DNA, one of my favourites! DNA follows a group of lawless (and even faceless) youths whereby 'everyday adolescence twists and turns into an anarchic game of survival.' Yes, think tense scenes of highly distressing drama. Director Sean Hollands didn't hold back, choosing to study one of the darker scenes for us educators to 'enjoy'.

What is the National Youth Theatre Rep Company? A course which offers free practical, industry-based talent development in dramatic performance for 16 NYT members for nine months. DNA sold out last year and returns for a limited run from June 6-24. Directed by Hollands, the recipient of the Bryant Forbes Director Bursary; Hollands also treated the audience of educators to a Q&A session to really get to grips with putting on a production of DNA.

What makes a NYT Rep Company rehearsal different than any other rehearsal? The ability to maintain an open receptiveness throughout the whole of the production. There were still unanswered questions in the rehearsal room about the gender of some characters or the presence of others - less than a week away from opening night.

This technique is skilful as it keeps the actors constantly thinking about their agendas and also the fact that there is always a new answer or interpretation to be found, to keep the text fresh. If you were rehearsing the same piece every day for eight hours for, say, three months, restlessness with the play would be inevitable but I liked this technique and it provides a great stimulus for my future parts. It added an extra level to the play knowing this. When I see the play next week, I will ask the cast if they know who Gerry is yet!

Hollands also ensured that the cast were also crew members by providing do-re-mi's and beats on the instruments. Thus, allowing the cast to increase their understanding of putting on a whole production, which is transferable to when they wish to put on their own work or future jobs. Likewise, a strong understanding of the text is key to putting on a NYT production. Despite keeping some aspects uncertain, each word means something to the actor. This will, therefore, mean that the actor can provide a different flavour for each term, which can be difficult with repetition and which Kelly seems enamoured by.

Lastly, I hope the company break legs with their run of DNA, I am so excited to see this gem. A massive thank you also to Sean, to whom I am indebted for spending time to exchanging intelligent ideas on a monologue from DNA, that I am working on. What a lovely family atmosphere so thank you for making me feel at home!

The National Youth Theatre of Great Britain is an Arts Award Supporter. You can see their profile here and they provide advice to all Bronze participants.

Tickets for this production are available to purchase here. 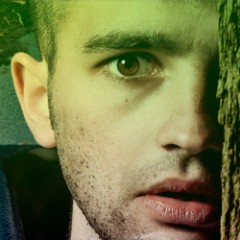