An important show that challenges the perception of immigrants, and presents life from their point of view

With the political climate as it is and with more racially charged politics and a growing distrust of immigrants, a show such as this that brings together people from all over the world and celebrates their heritage and cultural diversity, is exceptionally important.

I was pleased to see so many people agreed with me as the space under The Blue Man was rammed full of people who wanted an hour of entertainment and stories from a culturally diverse range of guests all tied together by the excellent Sajeela Kershi.

After an introduction that had members of the audience examine their own heritage, and made the point that many of us have immigrant backgrounds, Kershi regaled us with a story from her own childhood before introducing her first guest, Darius Tabai.

Tabai is part Iranian, part Welsh, and spoke about the culture of his Iranian family, including their very different attitudes towards appropriate marriage ages. Highlighting the difference in Western attitudes through comedy, Tabai talked about his own difficulties in accepting what he had discovered about his grandfather before concluding that, just because we don't agree, we should still have an open mind to the cultural practices of other places. I was also very excited that my hometown of Bury St Edmunds got a shoutout; even though it was in reference to being a backwater parochial place.

After another interlude from Kershi, the second guest was introduced, the hilarious Spring Day - an American comedian who previously lived in Japan. Discussing the cultural differences between the east and west, her Trump-supporting relatives, and her and her husband's cerebral palsy, Day was exceptionally forthcoming and blunt with her opinions with a dry sense of humour that breaks the stereotypical American comedian mould.

Our final guest of the afternoon was Darshan Sanghrajka. He delivered a great routine about the current question mark hanging over his citizenship and how his mother uses 'the Googley'. But for all of the jokes he made, I think the more important topic he raised was his Being Mankind project, which aims to offer positive male role models and get school children to break the mould and strive for true gender equality. The first book, Being Mankind Vol. 1 has a foreword by boxing champion Anthony Joshua MBE and provides stories from males from all walks of life. Every book you buy gets a book donated to a school or youth organisation. The project is definitely worthy of your attention, and can be found here.

With guests constantly changing you can never truly know what the calbre of the comedy will be like, but I think that's besides the point. This is a show that is extending its arms to racial and cultural diversity, and attempts to fix the damage that has been done to multiculturalism over the last few years. The comedy acts more as a bridge to stories and conversations that seek to make you re-evaluate the bombardment of negativity that is pumped out by media organisations, and brings the focus back to the human element. 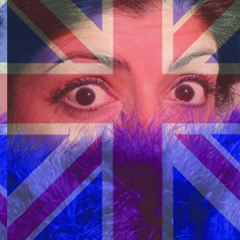 An important show that challenges the perception of immigrants, and presents life from their point of view 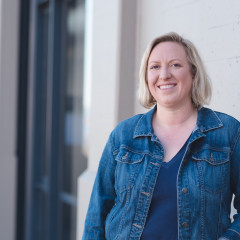