"No-one's story is their own. I hope you realise that."

You're in for a treat (sorry). But, The Treatment is definitely a show I will be booking a second ticket for and has probably made the top five shows I've seen of all time.

"New York. A film studio. A young woman has an urgent story to tell."

'Treatment' is an ambiguous term, alluding to either a movie draft or scheming human behaviour. In the decadent world of film making; the lines are often blurred when debating who first came up with an idea. Are your ideas always safe? We transcend the seeming ingénue Anne's (Aisling Loftus) damaged mind as a young wife who has endured a traumatic relationship with her ex in Lyndsey Turner's glamorous revival of Martin Crimp's 1993 satire.

Picture the flashy façades painted all over New York, where we follow Anne's journey in the company of her predatory 'facilitators'; Jennifer and Andrew, who are passionate about any idea they haven't thought of themselves. Anne's story lights their fire – a vulnerable wife being tied up by her husband – until they have stolen this for themselves to create something more financially rewarding and simply toss Anne away quicker than their throwaway decaf, non-fat, skinny lattes. "Who's Anne? Oh yeah, our Anne!" they ask.

Credit must be given to Giles Cadle, for his immaculate set design, which really helped to capture the superficial swanky lifestyle of fashion-magazine reminiscent board rooms, Japanese sushi bars and desirable drawing rooms. The use of a video journey on the screen to mirror Anne's almost blurred perspective of the journey she is on is an eerie metaphorical device to help move the plot along. We don't know where we're going and neither does Anne.

Despite The Treatment sounding distorted, barbarous and cruel - I couldn't help laughing after every scene. This was something I and other audience members were definitely not expecting from the way it was pitched. Disturbing crime scenes still retain a comedic edge in this amoral world as 'facilitator' Jennifer openly walks up to a helpless victim on the street and says: "I'm sorry my husband can't help you, he's sick" before hurrying Andrew off to the doctors.

Of course, through the use of dramatic irony, Indira Varma's endearingly over-dramatic Miranda Priestley-esque Jennifer makes the whole audience roar as her husband is merely coughing over a spicy sushi dish. Varma is fantastic and clearly steals the show teamed with the less indirect comedy of a taxi driver who has to ask his customers what colour the lights are. I felt The Treatment was sensational and faultless. I have already booked my second ticket and cannot wait to 'jam' and 'rave' in my seat to the terrific soundtrack also. However, while flawless in execution, I felt that the story was very ephemeral, in the sense that I may not remember it for a week after. Perfectly made, but not too memorable. 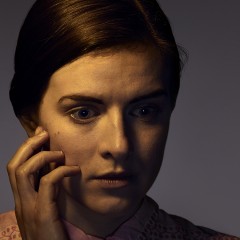 'The Treatment' at Almeida Theatre review

"No-one's story is their own. I hope you realise that."