A demonstration on how to get a game right

The name was what first drew me to The Sexy Brutale. It goes so against the norms of video game titling that I was compelled to investigate further. And, you know, sexy!

I am so glad I paid attention to it, because the game, much like the title, is beautifully eye-catching, and a masterstroke in creativity.

Imagine Groundhog Day meeting Poirot and you would be somewhere close to grasping the concept behind The Sexy Brutale.

You play as Lafcadio Boone, a preacher who wakes up in The Sexy Brutale, a casino mansion owned by Lucas Bondes. The mansion itself appears to be stuck in a sinister loop, where the inhabitants are murdered in gruesome, creative and callous ways, and it is your job to stop them. A mysterious figure known as the Bloody Girl has given you a mask that rips you from the time loop, allowing you to move through the mansion mostly unnoticed.

There is a beautifully poignant sense of futility to the experience, because even when you save a guest, once the day resets they will be resigned to dying all over again. You can't change anything in the short-term, and nothing you do will have a lasting impact. All you can do is continue to scurry around unseen in the hope of temporarily preventing a death, while simultaneously searching for the wider context as to why this is happening.

It's a little bit unsettling just how quickly you accepted the inevitability of someone's death; hiding in a cupboard, voyeuristically watching someone hang themselves, or get shot, searching for the missing piece to the puzzle that will allow you to prevent it 'next time'. It created a feeling of cheapness or disposability to human life. As you became familiar with the pattern of the day, you could tell it was coming up to 4 o'clock as you hear the gunshot that kills Sixpence, or that Willow has just died by the ringing of the bell. You grow stressed and tense as you hear those noises not because it symbolises the death of an individual, but because it means you were running out of time before the day reset. 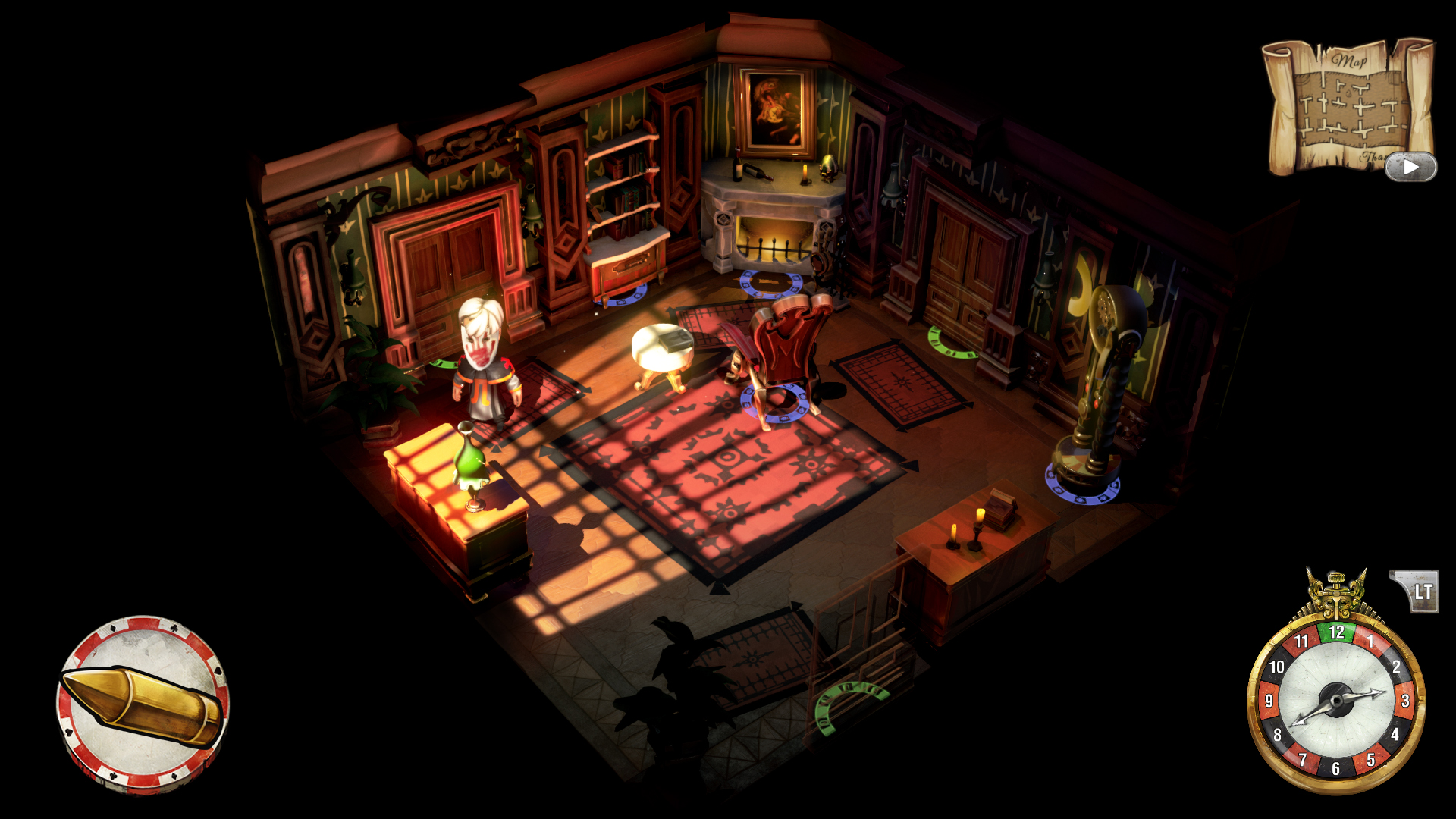 I spoke to Jim Griffiths from Cavalier Game Studios about the writing process and story in general for The Sexy Brutale. As narrative director, it fell on his shoulders to get the story where it should be.

He did a great job.

The guests each have their own personality, agenda and miniature story arc that they go through over the course of the day until they are eventually murdered. These routines don't exist in isolation either - characters will run into each other, having discussions and sometimes imparting useful information that you can then use to further your noble quest of saving lives.

With so many concurrent events and stories unfolding, the game ran the risk of becoming a confusing mess, but this was successfully avoided through a very fine balancing act. The game never gave you more than you were looking for - you had to pay attention, and make a deliberate effort to eavesdrop if you wanted to find out what was going on. I found that to be a really enjoyable method of story development.

In an industry that is moving towards ramming exposition and backstory down your throat, to be left to organically piece together events through observation and a degree of luck was refreshing, and a risk that paid of.

The game did get a bit exposition heavy towards the end. Some may find it a detriment, but I was personally so invested in the story I desperately wanted to find out what was going on.

It's not often a section is dedicated to the soundtrack of a game, but the music in The Sexy Brutale is absolutely incredible. From just an hour of playing the music was stuck in my head and even now, having finished it, I can still very clearly recall it. The soundtrack fits perfectly with the overall atmosphere the mansion offers. I just love it.

Upbeat when appropriate, but also transitioning excellently in suspense and eerie, or changing in tempo as a murder is imminent, the music is a core component of this game, and excellently complements the exceptional writing. Can you tell I really love the music?

The game was by no means perfect, but then find me a game that is.

In my playthrough there were numerous times where the game would stutter, often when entering a room. It would on occasion also be accompanied with a little bit of screen tear, but this was minor. Luckily this isn't a game that requires twitch reactions, so it served more as an annoyance than a hindrance.

The collectables also provided a small point of frustration, in that it is exceptionally difficult to know what you have and what you need. There are 52 playing cards scattered throughout the mansion, and there is no way of being able to keep track of which card you collected where. You can't even see what cards you still need, just that you have 50/52 cards. To not include a way of seeing this information feels like an oversight that could easily have been corrected.

Indeed the menu and journal itself could have been more intuitive and player friendly. There is a long list in one menu that you can read for additional context and backstory. Just allowing the user to move more quickly through that list when using a controller would have significantly improved the experience.

Finally, I do wish Boone would move just a little bit quicker. Although time is without meaning here, a degree of urgency would be appreciated, so having the option to sprint would have been good.

However, these criticisms are hardly issues at all when looking at the wider picture. They are essentially nitpicks; small areas to refine or fix, rather than game-spoiling errors. 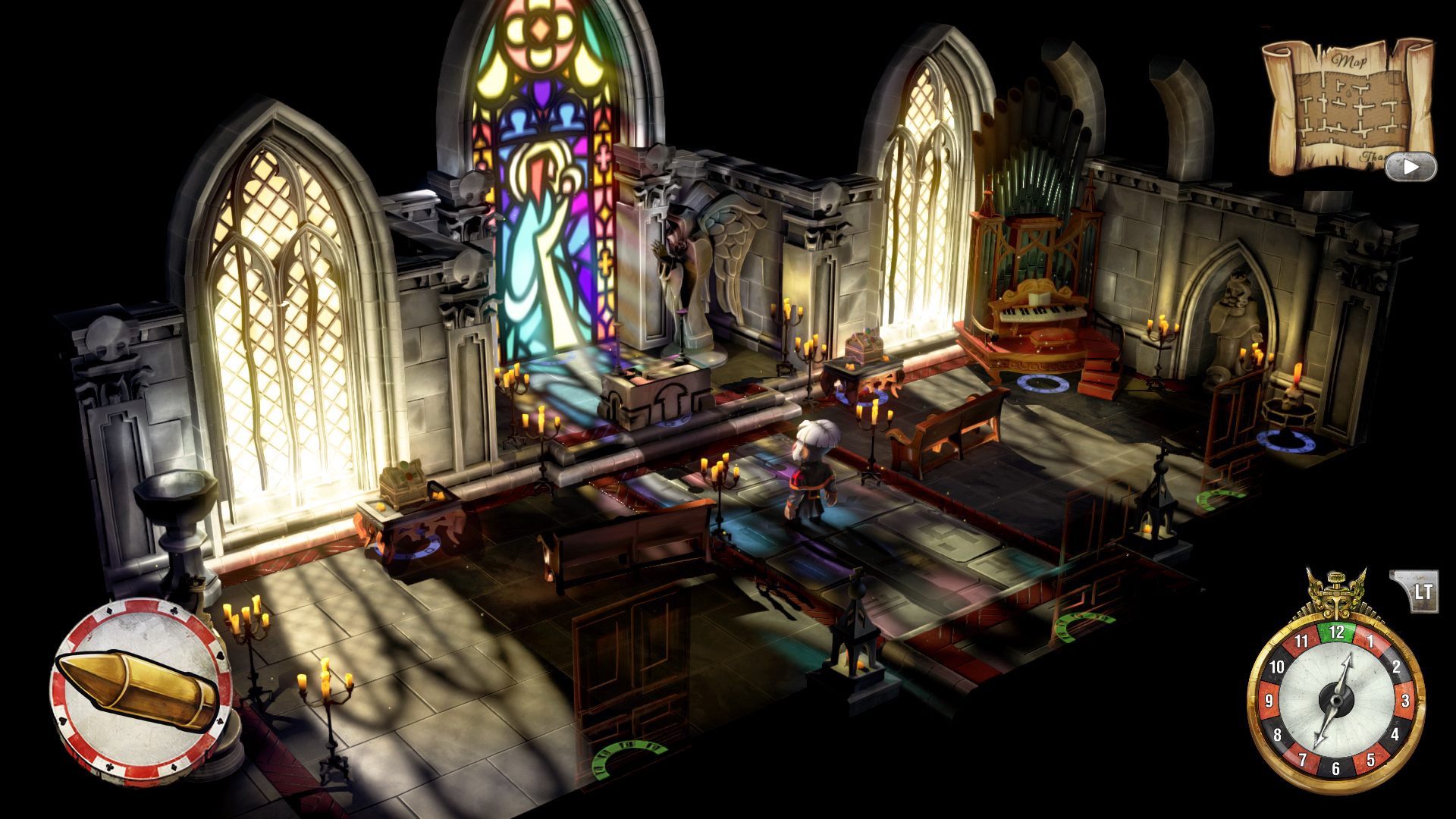 Cavalier Game Studios really knocked it out of the park with The Sexy Brutale. With stellar writing that offers a considered and deliberate story arc, and superb art style, there is just so much to love. The complaints I have are minor things, not game ruining, and this is an exceptionally strong first entry. I can't wait to see what they produce next! 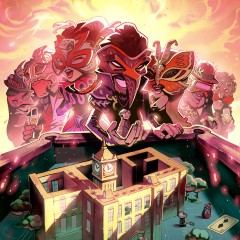 A demonstration on how to get a game right