Maggie O'Farrell is a prolific writer, having written seven books with her most recent creating a huge buzz in the book world. Her books often deal with universal themes of family relationships - something everyone experiences in some form during their lives.

When asked about this theme she animatedly explains the complexity of it - take her own family of five for example she explains, there are twenty five different individual relationships between members there, and that is with in the one family unit, without reaching out to extended families. And these relationships are dynamic and complicated, making perfect material for any number of plot-lines and books.

Her inspiration comes from real relationships and experiences, the stories that she hears and sees everyday. Her most recent novel, This Must Be The Place, has been 8 years in the making - inspired by an incident in which she saw a very famous woman being plagued by the media. And so the book imagines what could happen if such a character chose to disappear from their life. This is a feeling everyone gets, O'Farrell explains, you don't have to be famous to feel like you want to walk away from your life and start over.

O'Farrell is frank and open about her writing process, relating many funny anecdotes such as when her young daughter ate the post it notes she was using to plot her novel. 'I had a bit of a weep' which is incredibly relatable because let's face it - who wouldn't!

Her most recent book is very experimental, and she wanted to push the boundaries of what a novel could be, with a section written as an auction catalogue. While this could sound like a risk of being tedious, O'Farrell explains how she used it to represent the life of a character in a different way - taking the age old writers adage of 'show don't tell' very literally.

While her books carry common themes is is clear she creates varied characters, wanting to represent real people, and she talks about writing a character with eczema due to her own daughter having the condition, and realising that it is often used as a tool to show weakness. Ultimately O'Farrell writes for herself, preferring not to read reviews as she is aware she can't please everyone. Throughout the event she talks about using her novels to play out fantasies and situations and it is clear that for her, she is writing stories that need to be told.

I was so interesting to hear first hand about the experiences of such an experienced author and I'm incredibly keen to explore her novels now! 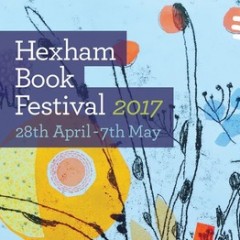