"Your future self...now," are you a true human being if you have not asked yourself the question: 'Am I Pretty?'

Theatre Counterpoint are a company which promise to 'explore interdisciplinary and intercultural themes whilst using analysis of music structures for the composition of devised performance'. With 'Am I Pretty', I'm afraid that I didn't connect to the chord rhythms in jazz - however I did connect the provocative theme of plastic surgery against the social construct of what it is to be beautiful.

Can being pretty get you that hot date? Can bring pretty improve your performance at work? Can being pretty actually change your life? The 'Halo' effect of favouring those who are aesthetically pleasing was debated during this play - which involved three acts of non-linear scenes played one after another. The theme was clear that there are a lot more questions and doubts about plastic surgery, than there appear to be answers for. Three actors multiroled and looked at all of the consequences of plastic surgery - parental worry, identity crisis, boast to the pockets of surgeons alongside the safety aspect, which is very much still disputed. The beautifully androgynous costumes, by Tsai-Chun Huang, diverge from the typical industry 'standard' costume to something wild and unconfined to ensure everyone on stage is 'pretty' and free.

I felt that the piece cleverly tackled a topic often too sensitive to discuss through carefully implemented techniques such as repeated freeze frame images to capture the emotional pain which affects body conscious individuals. Although these were distinctive creative hallmarks, I felt that the reliance on repetition made the piece almost lose its spontaneity, and thus the initial effect diminished as the device was overused. During the question and answer session afterwards, it was clear that the audience did feel that the play was almost too polished; knowing that things were going to happen and feeling it was too fixed.

To conclude, I do believe that Am I Pretty? is indeed a pretty piece as it taught me more about the different perspectives, doubts, and questions associated with plastic surgery. Embarking upon intimate issues is always a challenge and so it deserves its credit for exploring this view. However, the problem with these pieces is that they don't make for good theatre because there is no dramatic potential or tension released to keep the audience on their toes. This is a shame as I'm sure there were many people in the audience who could have related to such a piece, but that truthful relation could have been obtained from less of a 'showing-both-sides-of-the-argument' and more from a narrative piece. 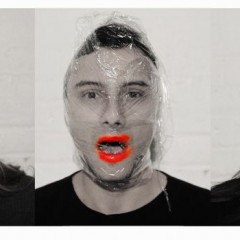 Theatre Counterpoint's 'Am I Pretty?' at the Camden People's Theatre

"Your future self...now," are you a true human being if you have not asked yourself the question: 'Am I Pretty?'