I've always loved Batman. He's a flawed individual who in many ways reflects the villains he tries to defeat. He has always been my favourite 'superhero', and I've been willing to overlook many shortcomings in the Batman back catalogue - I believe he even shined out in the convoluted mess that was Batman V Superman.

Despite this, I found Batman in The LEGO Movie to be particularly egregious. There was something about his arrogance that irked me. The self-absorption and gravelly voice was, to me, overdone, and felt unnecessarily played upon. At the same time though, I did appreciate that what I was witnessing was the distilment of every flaw Batman has as a character. Although exaggerated for emphasis, it wasn't breaking his ethos.

So, with that in mind, I was always dubious of a whole feature film dedicated to LEGO Batman, where those tropes and flaws would undoubtedly be used to carry it.

While it was indeed true that all of those character points were there, the film sought to move beyond them, and explore why it is Batman/Bruce Wayne is like he is, and just how flawed he is as a character.

Family means nobody gets left behind

The LEGO Batman Movie laid its cards on the table from the very start. This is a film about relationships, family, and teamwork. All things that Batman, whether in LEGO or real life, has struggled with.

The film explores Batman's inability, or perhaps refusal, to emote or relate to anybody. Despite being loved and adored by the citizens of Gotham, it shows a Bruce Wayne who is struggling with loneliness and a lack of fulfilment in life.

He lashes out at Alfred, stating he has no family so wouldn't know about being a surrogate father - and anyone who knows anything about Batman's history will know that this is a bit of a dick move. More interesting though, although arguably becoming cliched, is the relationship between Batman and the Joker, which serves as the plot of this film.

The film successfully takes what is a complex psychological dichotomy between Joker and Batman, and turns it into a more simplistic relationship. Joker states that he is Batman's Greatest Enemy, which Batman refutes, stating he likes to 'fight around'. This rejection emotionally cuts Joker, who then seeks to 'move on' from Batman, as one would a breakup. Obviously this was for the benefit of the audience, many of whom will be under 10, but it still captured the eternal struggle between the two, how one will always endeavour to thwart the other in a Yin and Yang style struggle that will continue indefinitely.

With the introduction as Barbara Gordon as the new Commissioner of Gotham, after the retirement of her father Jim, the film had an opportunity to ask questions about the relationship between Batman and the police. Moreso, it directly questions the role of vigilante behaviour in society, whether Batman is actually a 'good guy', and whether his existence only serves to push the villains to more desperate and evil schemes. None of these questions are new for a character who has existed for 78 years, but they are rarely addressed on the big screen in such an overt manner.

Rather than just rely on Batman to solve the problems of the city, Barbara wants the police and Batman to work together within the constraints of the law. The latter question about whether Batman is the motivator for the villains is somewhat answered, when all the villains willingly surrender. Bruce then finds he lacks purpose, and seeks to carry out a plan to remove the Joker for good, ultimately playing right into his hands and crossing that thin line of good and bad in the process.

The film is not at all subtle in making it apparent that it wants to instill the importance of teamwork and family, and Batman is possibly one of the best characters to do it with.

Here is a man who has all the money, all the fame and popularity, but lacks altruism, and is emotionally void. He exists in a big house with no-one to help occupy it, and refuses to let anyone in.

Ultimately, he is unhappy.

But, by allowing others into his life, cooperating with those around him, and acknowledging his flaws, Batman becomes a better person for it. Very standard stuff, but displayed compellingly for a young audience. Easy to follow, and deliberate in its actions, the film could establish itself as one of the great films for teaching about grief, family, and the importance of expressing oneself.

At its heart, The Lego Batman Movie is a film for the family. It's U-rating is wholly appropriate, as it has got universal appeal.

Children can learn important life lessons, while at the same time laughing at the visual and juvenile gags littered throughout the film. Adults meanwhile, will not be left watch-checking. Like all great children films, there are jokes for adults that will sail over the heads of little ones. Equally, the film knew that Batman fans of all ages would be coming to see it (myself included) so it is littered with brilliant self-referential jokes, and more than a few little jabs at recent film works.

It's a film that sits separate from any timeline or continuity, while having the freedom to go back to all past works - a licence that it uses surprisingly sparingly, although when utilised it's done so brilliantly. In many ways this film serves as much a parody as it does a Batman film. It finds the threads that so often get left dangling in past films, and pulls them until the whole thing is dismantled. Those character flaws, those unanswered questions of ethics and motivation, they are all exposed in a bombastic and colourful way.

The film isn't constrained to just characters from the Batman world either. Warner Bros. make use of their extensive licenses to bring in characters from films like Gremlins, Lord of the Rings, Harry Potter and even King Kong. And unlike the LEGO Movie, where such characters were cameos, the outside franchises had a prominent role to play in Batman.

The soundtrack was equally on point, with pop hits that really complement the tone at any given moment. For example, Man in the Mirror by the late Michael Jackson bookends the film, and is such a perfect musical summary to the character of Bruce Wayne, and the personal development he underwent throughout the film.

So how is it, given all the gushing by critics, and indeed myself throughout this review, that I fail to feel particularly enamoured by the Batman Movie. It seems like all the pieces should be there, but it just felt… blocky.

Perhaps it was its formulaic story that bugged me. It was very much a cookie-cutout plot, whereby a hero is a bit of a jerk, gains a sidekick, develops a love interest who forces him to change, and he then uses that changed perception to change the day. At no point was I left with a huge "well I didn't see that coming" moment, and could almost guess word for word some of the gags that were being built up to.

Equally, the heavy handed nature in which the film used to deliver its message of cooperation and relationships became almost distracting. While I understand that this is ultimately a children's film, it lacked the more subtle and charming approach that the LEGO Movie offered. It instead almost assumes that the children are unable to to make the cognitive leap necessary to detect its themes through allusion, so has to have it on big banners at all times.

The film was fun, and in places it was funny. Some of its best moments were when it was taking swipes at past carnations of Batman, and giving subtle easter eggs to fans. But all too often you were left searching them out in a sea of predictable mediocrity and overzealous growling and self-aggrandizing. 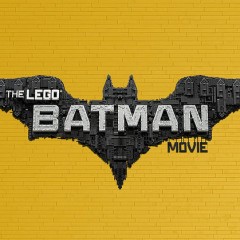