A brief film review of The Force Awakens for my silver Arts Award portfolio.

The Force Awakens was the most anticipated film of 2015 for Star wars fans (including myself). Not only was it a long awaited arrival by fans but it opened a door for a new wave of fans, they could've been people whose parents grew up watching the films or people who were just curious about all the hype about the film.

I found the beginning of the film to be exciting because it was a long time since people heard the all too familiar opening of star wars. I found that the film had started right away! With no slow opening, this was an advantage because slow openings can disinterest the audience and set a bad mood for the rest of the film. The plot was easy to understand and was clearly shown amidst the two main story lines (the question of who Rey's parents were and where Luke was), I found that neither overshadowed the other. We were introduced to new characters who were full of live and this meant that the audience liked them immediately, one being Finn who is a walking oxymoron as he is both presented as a coward and a hero, but he is a lovable coward in my opinion.

The only thing I didn't like about the film was the ending because to me at least, it looked more like a parody than a serious ending, this was due to the dramatic panning and Luke being found on a random island. Questions that come to my head when I think of the ending are "why that island? " "does it have a purpose?"

Alternatively, the revelation of the meaning behind Luke's whereabouts could be left for episode 8 which is already being filmed! If I had to sum this film up in three words it would be: tense, exciting and nostalgia. 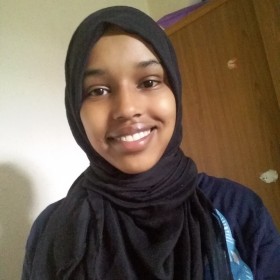 Graduate of level 2 silver arts award - film, media and photography enthusiast. I am currently studying a Btec course in media, photography and graphics. 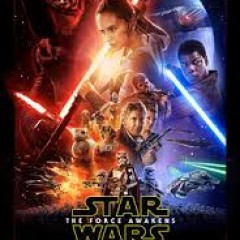 A brief film review of The Force Awakens for my silver Arts Award portfolio.