Three poets from the Black Country present a selection of poems from their nail-industry-themed anthology "The Nailmakers' Daughters".

The Nailmakers' Daughters are three poets born and raised in the Black Country, an area of the West Midlands in England. During a form of storytelling performance through excerpts of their anthology; Emma Purshouse, Iris Rhodes, and Marion Cockin voice their poems grounded in the industrial landscape of Shropshire. They look at the issues of domestic traditions in their hometown memories.

I would personally suggest that these are three incredibly different writers and types of poetry- cleverly composed by Jane Seabourne, who edited the collection. The Black Country was a region where female blacksmiths were once present in many communities, formerly a site of the thriving nail making industry. I find it unusual for it to be discussed so many decades later- and yet, in a way, so pleased that past lives and occupations have not been forgotten or swept under the carpet. The poet's search for remembrance and celebration with poems belonging to a branch of subject many in the room could relate to. Iris, unlike the other two poets, has lived outside of the West Midlands. Well-travelled, she worked in Africa before returning to her birthplace. She even climbed Mt. Kilimanjaro! Her words reflect her experience, embellished with nostalgia. With time, patience, and a paced approach, she also depicts her growth in teenage years, about "…glitter balls and glamour" and "weekend treats to walk fields where the wild flowers used to grow". The audience can sense her wistful approach and emotional vocabulary as she talks before each poem.

Meanwhile, Emma Purshouse provides a brain-stimulating and spine-tingling performance, a very "active" poet, she captures imagination by describing her poems with accompanying hand gestures and movements. She describes herself as a "descendant of a nail-maker" and she irrepressibly has Black Country humour.

Alongside her, Marion Cockin, having written since she was a teenager, reads a poem called "Pussy Willow Time". All three poets use contemporary forms of storytelling to tie in a unique path of history: the experiences of young women within the Black Country, from times when the nail making industry thrived. 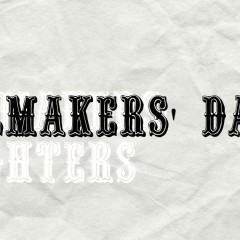 Three poets from the Black Country present a selection of poems from their nail-industry-themed anthology "The Nailmakers' Daughters".