One of the world's foremost classicists talks of the lasting legacy of the Roman Empire, and why this still matters today.

The Baillie Gifford Stage in Cheltenham Town Hall has an essence of wonder, a captivating ambience suiting Mary Beard's talk with Stig Abell on Britain's roots. Distinctly, she says, "Our complicated roots, not to Athens- but to Ancient Rome."

The 61-year old classical scholar merely touched the depths of her knowledge on Roman civilisation and the ongoing relevance of the ancient city of Rome in today's world. Discussing the somewhat fractured democracy from centuries ago, she related how our country works in comparison, to some degree, of the ancient autocratic empire the Romans led. Further into the event, she even touches on her time working as an advisor within the television industry: "You'll find that screen writers are very concerned to get the detail correct– 'Can you tell me what breed of dog it would be?' with less concern for the plot."

Her humour touches upon many in the audience, particularly when she (perhaps accidentally!) relates Trump- if only for a second- to ancient Rome leadership. The mechanism of the world so long ago led to huge wealth for emperors, yet only through the success and growth of the empire. To link this to a "fight for liberty" theory and the "big guys getting hugely wealthy" resulted in a few hesitated chuckles from audiences across the hall:
"As far back as you can see, the success and expansion of Rome was due to the transformation between a man and a Roman Citizen- ever increasing man power."

Among the discussion included her own account of what she would do if she were ever 'stuck on a desert island'.

The renowned classicist has written a number of books, including her 2015 "SPQR: A History of Ancient Rome"; resonating a masterful study of accounts in Roman history. During the question and answer segment of her event, one audience member asked her opinions on "Rome on screen". Beard replied comically with her opinion on how the reconstruction of Gladiator was an "attempt to re-enact fantastical descriptions" and "[she] cried, actually." Mentioning that she has "a wonderful soft spot for Up Pompeii", she also revealed that HBO's Rome wasn't much to her liking.

"The setting was brilliant. I got jolly bored with the plot, though."

Buy SPQR: A History of Ancient Rome at Waterstones today. 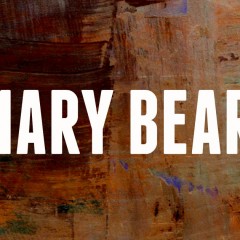 One of the world's foremost classicists talks of the lasting legacy of the Roman Empire, and why this still matters today.