Pritchard-McLean commands the audience's attention from her entrance, engaging them with stories of teenage waxing experiments and the unfair treatment her male-dominated industry has subjected her to. Her life has been one full of interesting characters, including her father whom she speaks about with warm fondness, despite his racist tendencies. However, she resolves to remain fearless in the face of prejudice, and the gags and jokes about her own reaction to a difficult job keep rolling. At some points I found myself laughing longer than the others in my row, and bursting into hysterics hours later when telling a friend about the show. The hour is full of shaking shoulders and loud laughter from the audience as Pritchard-McLean tests the boundaries of race, gender, and psychology with foul-mouthed cheekiness.

Rarely does the atmosphere feel uncomfortable as Pritchard-McLean chats away, hiding nothing, leaving nothing unsaid, however controversial; the down to earth frankness of her set is a relief and refreshing. She makes a point of challenging the audience's own perception of comedy and the negative influence of stereotypes, unafraid to highlight the impact that us relatively privileged Fringe-goers have on the general construction of schemas and prejudices. Highly self-aware herself, Pritchard-McLean also understands her audience and her words of wisdom for up and coming comedians are inspiring and from a place of genuine care.

Her humour and laughter comes naturally, with the show balancing the serious and the silly nicely. Pritchard-McLean is extremely talented, and I cannot wait to see what she moves onto next. 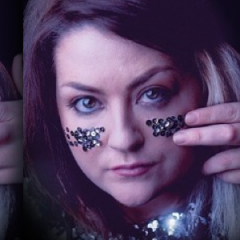