Lucy's back at the fringe with a brand new Apohlcalypse Now!. She dazzles us with the story of her time in New York and her adventures in a film in turkey.

It was different to last year's show about everyday people you see in Brooklyn where she depict the character of a wino in New York quite perfectly; but her talents don't fail her, her portrayal of everyone in the story were hilarious and worked well.

As the audience comes in there was a life size manikin of Lucy posing lifeless on the side which all of people thought was part of the room. The doll came to life as the show did; Lucy came to life and got on stage to tell us tales of life.

The title definitely sums up the story well, Apocalyptic, with tragic moments where she's tempted by Turkish men and a hunky film crew member and a very 90's Steve Baldwin. It was a well-produced show, with great use of sound and music to dramatize the story. She exceeds in her performance through her acting and storytelling.

Compared to last year's show which was very minimalistic and featured stories that were episodic, the simplicity of Apohlcalypse Now!, highlights her capability as a comedian and shows her versatility in that genre and proves she isn't just an actress.

If you're looking for good acting and good laugh tell Apohlcalypse Now! is a good choice for the fringe. 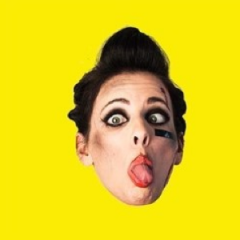