Honest and heartwarming comedy from upcoming stand-up, Brennan Reece, brings out the 'everglow' in all of us.

Like many upstarting comedians at the Fringe, Reece manages to squeeze his hour long stand-up into an awkwardly shaped venue that can barely contain his own excitement as he bounds and flits around the room, making him captivating and engaging to watch. His boyishness is as honest as his story-telling in that he very rarely stands still, fiddles with his hands, and can't hold a silly voice for more than ten seconds without sniggering to himself. While some older adults in the audience might roll their eyes at Reece's failure to grasp how adulthood works (there is more to it, apparently, than buying your own bedsheets), it's impossible to deny his talent and stage presence. It's a joy to watch him coast through multiple tangents about his mum's bad motivational quotes or his sister's pretentious travelling habits.

Not for a long time has comedy been woven in with genuine story-telling quite like this. With a clear story to follow, albeit interrupted by anecdotes about what it means to be a role model for children nowadays, Reece's performance is in both parts emotional and funny, allowing the audience time to get to know his innermost worries until he becomes somewhat of a friend. So much so, on leaving the venue I saw a woman from the audience pull Reece into a sympathetic hug as he handed out badges. It seems rare for a comedian to open up so personally over the course of their routine with genuine trust, and although Reece takes a risk in taking the strictly funny sides of life out of the show towards the end, he excels in concluding with inspirational and moving material. The final moments verge on the poetic, and leave us wanting to know more, if not also feeling a little sad.

A distinct narrative style that lends itself to his subject matter, Brennan Reece is definitely a name to look out for in the near future. 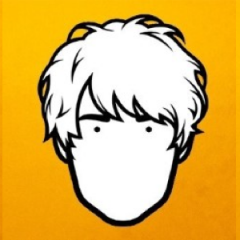 Honest and heartwarming comedy from upcoming stand-up, Brennan Reece, brings out the 'everglow' in all of us.