How do you make a hit Fringe debut show? Ask Johnny Cochrane!

What makes a hit Edinburgh Fringe debut show? Johnny Cochrane has done the research and is here to tell us. With a pile of cards as prompts for the key requirements every comedian needs to be a success at the fringe, Cochrane embarks on a journey to make this happen.

He is full of life, charismatic and effortlessly funny. The show is well put-together with a good structure, moving through the material based on the cards, which is broken up by audience interaction - predominantly in the form of having people read out praise, or occasionally questions from cards. His material is sharp-witted and brutally honest, for example when one requirement is to 'be diverse' he offers a hilarious commentary on race. This is by far where he shines, hilariously highlighting some of the hypocrisies in the current 'trend' for diversity.

His own material is diverse too as he moves from these subject to his personal life, and his career - namely starring in TV adverts and on Crimewatch. The show is varied and constantly engaging with the use of a video screen/powerpoint supporting this further. Some way through the show, an unexpected twist brings a shock ending: however while the idea was genius and a fantastic way to finish a 'hit Edinburgh Fringe Debut Show' it soon became evident that the execution failed the expectation. This was because of both audience confusion over whether or not it was even part of the show, as well as the joke being prolonged slightly too long, which although funny, seemed farcical in comparison to the witty humour employed earlier.

Overall, Cochrane is a brilliant comedian, but he is far better at working with substantial material than with performance comedy. However, with a little bit of refining, this is something he may be able to pull off, so it is definitely worth catching his debut show at the Fringe while you can!

Johnny Cochrane is at Pleasance Courtyard at 21.45, 16-28 Aug. More details and tickets can be found on the Fringe website. 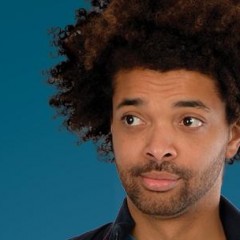 How do you make a hit Fringe debut show? Ask Johnny Cochrane!