An extremely important and funny show about discovering your own sexuality and discussing consent during sex.

John Pendal grew up in a very conservative Baptist community in the 70s. Being homosexual was not an option, and he was forced to go to counselling every week "to be correct", read brainwashed.

Approaching the gay bar scene in London in his twenties, he found his way to overcome years of hiding in the closet and being shamed for his sexuality. From being a reserved boy to winning International Man of Leather in Chicago in 2003, we follow his journey while exploring what kink means in different countries.

The show is hilarious, while also touching on important topics such as sexual consent. Borrowing rules and expressions from the kink world, John explains why is vital to teach consent in school as part of sex education - Every time, asking for conscious consent, feeling free to stop whenever you're like and having safe words should be always kept in mind.

John's attitude of speaking openly about sex doesn't make people uncomfortable at all. We laugh with him at his stories of Double Denim David, the kink festival in Chicago and around the world. He also shows you cute pictures of his cats. So definitely not to be missed!

John Pendal: International Man of Leather is at 16,45 at the Stand Comedy Club until the 28th of August. 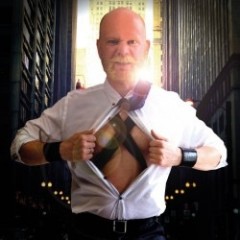 An extremely important and funny show about discovering your own sexuality and discussing consent during sex. 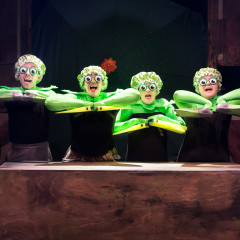 Where are they now? with Phoebe Hill