An amusing dissection of contemporary society

Danielle Ward takes us back to the nineties to when she was seventeen, imparting advice through a series of life lessons, which draws humour mostly from how things have changed in the past 26 years, and the current state of contemporary society.

Ward is fun, clever and socio-politically astute - all the hallmarks of a good comedian. Her material covers a wide range of contemporary topics from the housing market, to feminism, to terrorism. However, at times this choice of material is a bit of a downfall, as they are all very typical current subjects, so when all paired together it made the show seem in some way orchestrated for its appeal. Equally, through using the theme of life lessons, it is unclear who the show is pitched at, as while Ward claimed she wanted to appeal to young women, many of the nineties references were targeted at an older audience, and some of the gender jokes, which were a little too prolonged, seemed to go amiss.

For the large part her material is amusing, rather than really funny. However, when Ward gets it right, she really gets it right and is absolutely hilarious. In a genius section in which she swaps the word 'terrorist' for a series of diatribes against various denigrated and marginalised groups within society, she is able to cleverly satirise multiple topics and attitudes at once. Equally, her material on sex is far more adventurous, allowing her to broach subjects about female sexuality that still make the audience a little uncomfortable, and this is where her humour becomes far more effective.

It is clear that Ward is talented, and at her best she is utterly hilarious, but the show ultimately fails to come together as a whole. However, she is definitely worth seeing for her sharp political comedy and focus on female experiences.

Danielle Ward is at Just the Tonic at The Caves at 14:40 on Aug 16-28 Tickets and more information can be found on the Fringe website. 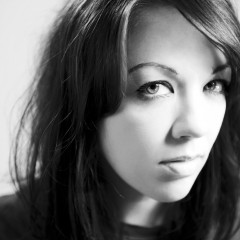 An amusing dissection of contemporary society