Chris is funny, smart and observant, and in this show he uses all three of these qualities to explain some of the weird mindsets we have developed as humans. His stories ranged greatly from last-train-of-the-night stories, to him and another comedian being asked to help drive away an unwanted guest at a bar, to supporting the vegan society. His stories were funny and sweet and he had the audience rooting for him throughout.

He was truthful and honest and he didn't hide anything from us. Although there wasn't any hysterical laughter, each one of his stories got a laugh and none of his jokes bombed. He is obviously not the most confident person, but he discussed that from the start, wrapping up his personality in his own form of comedy. This also is the basis for a lot of his stories and he is clearly comfortable enough with his introversion to talk about it on stage, which makes it easier to adjust to, as I haven't actually seen many comedians who are introverted.

Overall, he put on an interesting and funny show which everyone watching really enjoyed. Go and see him if you can.

Chris Stokes - The Man Delusion is on at 20:10 until the 28th August, excluding the 15th, at Underbelly Med Quad. For more information or to purchase tickets, click here. 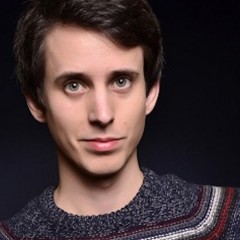