A clever and funny combination of stand up and theatre

Patrick Turpin's show is not just stand-up: in this split piece he assumes two personas - the stand up comedian, and a 'thesp' in a flower headband, broken out whenever the moment calls for some comic performance. Through this method, he comically looks at the subjects of love and marriage - posing the question of whether he can just love himself, though a series of one man performances and running commentary in between. His set works as a whole and he is great at creating narrative while making it feel like natural comedy.

Turpin is intelligently funny and acutely self-aware, constantly poking fun at his own comedy and privilege, and making reference to, as well as satirising, a whole range of cultural references. He has a charming, and deliberately camp style of performance, immediately claiming that he is the kind of guy who has been to more hens than stag dos. He is brilliant at subverting expectations and his piece is well written, with a dexterous play on words and ideals, yet just daft enough to pitch the humour perfectly. He can cater to a wide audience through different types of humour from his sharp wit, to the slightly more ridiculous condom gags.

He is well-prepared too, with a set-up of remote controlled voice recordings and plenty of music - the timing of all of which he got down to a tee, with no hiccups despite some disruptive audience members. He dealt with the audience brilliantly, proving that his comedy is as good when improvised as when rehearsed. Turpin was engaging, managing to keep the whole room laughing, despite any disruptions. His performance felt natural and comfortable, and it is evident that he has real potential in both theatre and comedy. Turpin is clever, charismatic and brilliantly funny - don't miss him on the Free Fringe! 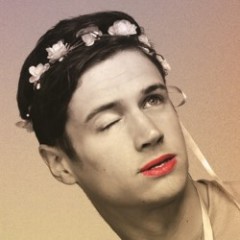 A clever and funny combination of stand up and theatre