Brilliantly well written and intriguing show about how we construct our personality during childhood and deal with lies and relationships.

"What's the difference between performing a eulogy and a comic gig?" Angus Dunican asks the audience, while telling his story. One day, he was asked to speak at a friend's funeral and he reflected on what we usually say to commemorate a person. What do we know about the personality of the people close to us? Angus, like a great storyteller, guides us through a fascinating journey full of gags.

He performs a very well written show with fluidity and confidence. Jumping back and forward from anecdotes of his childhood to the present. He explains personality as the culmination of several traits, which were fluid as a child but then became fixed. Consequently, one day, we find ourselves locked with a public face without a chance of escaping. This is where we hide ourselves from our own anxieties and insecurity.

Angus's interpretation of vulnerability and social anxiety is very poignant, but never uncomfortably heavy. His light-hearted humour is very enjoyable and never fails to make people laugh. Expect a gag where he ingeniously brings ninja friends on stage, professional liars and speaking whales. You could say that he easily put himself in his friends' shoes, or better in their trousers.

This is how stand-up comedy should be performed. A fast-paced, clever and hysterical show!

Angus Dunican: The Vanity Project is at 16:15 in The Counting House (Gilded Balloon) every day until the 28th of August (15th excluded). 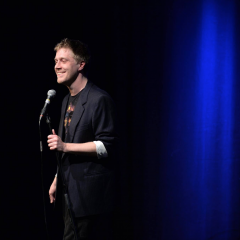 Brilliantly well written and intriguing show about how we construct our personality during childhood and deal with lies and relationships. 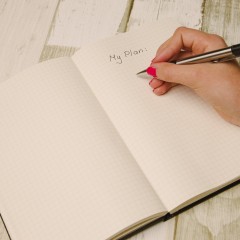 How to plan for the unplannable