Voice MagReviewsHolly Burn: I am spe…

A hilarious and bold comedy show about a special star

Holly greets the members of the audience wearing a bright orange jumpsuit and holding a fake parrot as her ornament. She has a bold and confident attitude. Every times she moves, all the parts of her body seem to scream: "I am fabulous!". She throws herself into a surreal and hilarious description of her life when she was four. Of course, she already knew she was special.

She behaves with her parents like a star with her PR team. They always listen to her needs. Holly as a four-year-old girl is sarcastic and sharp as only a child can be sometimes. She makes biting comments to adults to help them sort out their life. Birthday parties are her exclusive social events and school trophies are her Academy Awards.

Holly's satire about how children are taught to grow up is actually very real. They are taught that they are unique and that in their life they can achieve anything, creating huge expectations that will crush them later in life, when they have to face reality.

Clever humour is combined with hilarious and silly facial expressions. She is a real master in this. Every movement is calculated to appear involuntary funny. Holly has a real control of the stage and has crafted her comedy art. A beautiful voice has developed from the funny "la la la" of her childhood.

Holly Burn: I am special is running every day at 18,55 at the Underbelly Med Quad until the 28th of August (the 15th excluded). 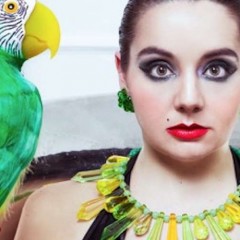 Holly Burn: I am special

A hilarious and bold comedy show about a special star