Goodbear are a two-man sketch duo, whose show has the passing of time running throughout it as a central theme.

The duo relies heavily on physical comedy and play on words. I must admit, they are incredibly physical – moving around the stage with exceptional energy. They also have a good rapport, breaking script to joke with one another, or forgetting lines and 'seamlessly' covering for one another. Those were the funniest moments of the show, which otherwise was very mediocre.

Most of the sketches were predictable, subsequently missing that unexpected shock factor which so often provides the humour. Quirky and random for the sake of random is an art that has to be refined.

It was like watching an interpretation of the Mighty Boosh, performed by people who have only ever had a vague description of the show provided to them. Very often the scenes were boring and seemed to go on for maybe 30 seconds too long, it was like the duo weren't quite sure how to finish it. I feel the sketches should end on a big payoff, not peter on after the laughter.

Other sketches included the overplayed posh/old couple who say something particularly crass, or have a secret wild side, and the terrible life coach who turns out to not be all that supportive.

Joe Barnes and Henry Perryment are both obviously highly talented, with a good understanding of comedy and the writing skills to produce good work. It just didn't come through in this show. More work and polish though, and they have the potential to become a force to be reckoned with.

Goodbear are performing at Bedlam Theatre at 21:30. Tickets and more information can be found here. 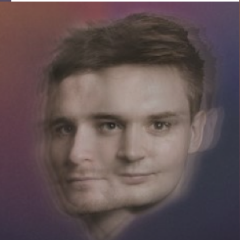