Winner of most awkward funeral story I've heard so far...

Irish comedian Micky Bartlett is about to leave his 20s behind forever. A daunting prospect for any person, but Bartlett has been ignoring this reality until now.

Throughout the hour long set, Bartlett regales us with tales of his childhood, with perhaps the most awkward funeral story I've heard to date, and somewhat accurately captures both the joy and feeling of responsibility one has when your father first acknowledges that you are a man.

Throughout the set there was moments of genuinely hilarious content, but so frequently did the jokes feel quite pedestrian. A lot of what was said was in some way relatable, but there is not a direct correlation between relating and laughing, and for one to convert into the other, more work has to be put in.

Micky Bartlett is performing at Gilded Balloon at 17:15. Tickets and more information can be found here. 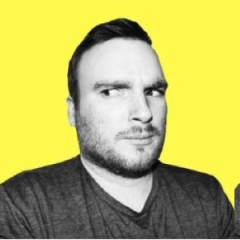 Winner of most awkward funeral story I've heard so far...