I went to go see the play An Inspector Calls at the Wycombe Swan Theatre. My first thoughts before the play were "oh this is going to be slow and boring, it's an old play and old plays are always terrible". That was not the case though, not at all. I thought it was interesting and very gripping, as soon as the lights went down and the starting music came up, I knew it was going to be GOOD.

The costumes were very elegant and sharp, as the Birling's are very rich, they were all very well dressed and all spoke very posh. They lived in a very large house, my the looks of it but on stage it was actually no bigger than about 3x3 metres… it was very cool. The inspector turned up, with a strong Irish accent, and was brilliant throughout the play. As the play went on, the Birling's costumes got covered in dust and dirt, got wet from rain (yes, they had 4D effects!) and the family was slowly dragged downhill in trust and moral as the dark secrets and horrors were uncovered by all of the Birling's.

My personal final thoughts were that it was thrilling, creative and very well performed. Many thanks to the English department for taking me along. 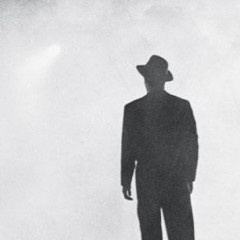 An Inspector Calls - A review