These musical masterminds have come a long way from their alt-rock roots, and they fail to disappoint with one of the most anticipated albums of 2016.

It might be obvious to say that there's a massive difference between Radiohead's 1995 effort The Bends and their latest release. The Bends, being a departure from their generic Pablo Honey sound, marked what would later come with layered guitars, mature lyrics and diverse songwriting.

Fast-forward 21 years, and you have A Moon Shaped Pool - an art rock album that sees the band take a more orchestral approach to their experimental sound, and diverse lyrics that concern love, forgiveness and regret. It is definitely one the band's finest works, and here's why.

Apart from almost disowning their original Alt-rock sound, they continue to make use of their experimental sound whilst bringing forward more traditional strings and percussion, which results in a more surreal experience overall. Songs like 'Daydreaming' and 'Ful Stop' adopt a mixture of electronic and orchestral sounds to create calm and ambience, but still retain the guitar side of things, thus bringing the songs to life in a typical Radiohead-like way and placing the reader in a musical trance. OK, upon the ears the album may sound a bit weird for those used to easy pop songs, but Radiohead have never exactly been radio-friendly.

As I've stated, the album lyrically centres upon love, forgiveness and regret, as well as the social commentary of 'Burn the Witch' which criticises the groupthink movement and authoritarianism, which is typical considering Thom Yorke's outspoken views on modern society (which I, as well as countless others, strongly relate to). Apart from these themes, the album follows a loose structure that ties in very well with the sound of the album overall.

However, like most of their works, A Moon Shaped Pool is a work of art and not just their next best album. Each song on this album has been crafted carefully with skill and a perfect balance between electronica and orchestra to mark down that surreal and ambient sound, with the lyrics really bringing the album to life. Along with their previous works, Radiohead have ensured their place as one of the most definitive and musically diverse bands of the 21st Century.

So, when's the next one coming out guys? 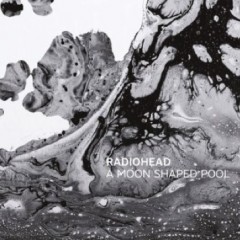 These musical masterminds have come a long way from their alt-rock roots, and they fail to disappoint with one of the most anticipated albums of 2016.