Funny, insightful and well-choreographed: the perfect words to describe this piece.

The Brighton Open Air Theatre (BOAT) was a great setting for a musical like this one. What I didn't expect to see was the performers using the audience's seats, and even bringing an audience member on stage. Nevertheless, this performance was filled with insightful statements from the Little Prince and from the many faces he encounters on his journey to learn about the different things in our world.

The performance space blended in well with the nature around it, as well as the performance itself. The way the stage was set when I came in seemed slightly confusing at first, but when the ball started rolling, that's when I caught on. The music used in the play was brilliant too, filled with emotion and heart from the performers. Every note I heard was in time with the piano in the background, which brought the musical aspect to life.

The actors themselves were fantastic, including the Little Prince himself. As he was the central character of the show, it was fairly easy to follow along with him. The other faces he encounters were also good, each bearing a single point in life.

The whole premise of this play was to create a piece that is both insightful and meaningful, and by the end, I had certainly connected with its central message. Overall, this is an outstanding piece and I recommend it to those who wish to witness how one young boy can change the courses of those around him.

This show has now finished at Brighton Fringe. For more information, head here. 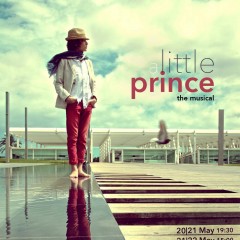 Funny, insightful and well-choreographed: the perfect words to describe this piece.