Voice MagReviewsThe Half Life Of Lov…

Exploring themes of betrayal, deceit and love (obviously), The Half Life of Love, an original play written by Gail Louw, delves into the dysfunctional relationships between its three characters.

The play opens with Alex (Paul Moriarty) relaxing in some slightly questionable pyjamas and enjoying the finer things middle-aged solitude has to offer: expensive wine, novels and classical music. This is quickly disrupted when an unexpected visitor, Conor (Laurence Bown) bursts in - a boy Alex has not seen for five years. The play then starts to move at a fast pace, revealing stage by stage the damaging past these two protagonists share and the effect it is having on their present. Both Alex and Conor's problems in love and betrayal seem to stem back to Eammon, who later enters in the last scene, only to further employ his powers of manipulation.

The relationship between Alex and Conor is completely believable. Although their quick-tempered interactions with each other could at first be seen as malicious, we soon come to realise that this is just a result of their close bond - rather like that of a father and son. I was quick to sympathise with both characters and their situations, with Conor's emotional development throughout the play particularly standing out. Initially, Bown portrays Conor as very much your average laid back, closed off, slightly cocky, immature adolescent. However, we are quick to see the more vulnerable dimensions of his character emerge as he recounts his painful experiences. Bown was extremely engaging and truthful. Moriarty's performance had many moments of incredible honesty as we saw him unload and relive the events that have been confined within his mind for the last five years.

One thing I found interesting about this play was the seesawing power struggle in the first scene, in contrast to the second; Alex's loss of power and vulnerability becomes immediately obvious in the presence of Eammon, convincingly portrayed by Jack Klaff. This character gives a gripping twist to the play - mostly in the way he swiftly manages to show us a different, less logical side to Alex's character.

The Rialto Theatre's intimate stage provided a perfect space for this performance, set in the living room of a small flat. The direction and staging was simple yet powerful; the pacing of the scenes kept the energy alive. With each character having very contrasting, slightly unpredictable objectives, a lot of the focus was put on whether each visitor was staying or leaving which made us keep wondering what was going to happen next.

The writing was consistently engaging and witty, managing to find humour in the most bitter of places. With this story being based on true events, each character was unique, their experiences believable and relatable. 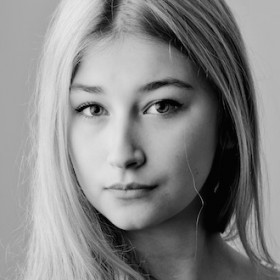 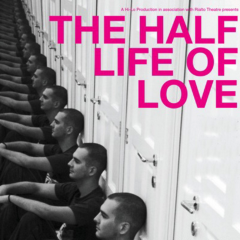 The Half Life Of Love

Exploring themes of betrayal, deceit and love (obviously), The Half Life of Love, an original play written by Gail Louw, delves into the dysfunctional relationships between its three characters.