Vile is recurring theme at the fringe, but never has vile been so slick, so everyday, and so horribly depressing.

David Mamet's dialogue, at its best in his 80s play Glengarry Glen Ross, easily outdoes the brashest of comedians that we've seen at Brighton Fringe. Littered with expletives, this story of six Chicago estate agents focuses on the very worst of the 20th century man, his base and most natural of states filtered through the dull, yet emotionally volcanic world of business greed.

The first act sees three pairs of actors in conversation with one another. It is here that the dialogue is really pacey, and the players are required to trip over nigh on incomprehensible business chat with speed and dexterity. On the most part, this was handled extremely well in Pretty Villain Productions Ltd's performance at the Rialto Theatre.

The characters were each well-defined and the conversations, which could easily turn into hard-to-follow jumbles of words, were clear. Where it fell slightly short at points was due to the Chicago accent, a difficult enough hurdle for American actors. There were parts where the dialects wobbled, and for a moment slowed down the flow, and there was also an inconsistency in apparent eras between some of the accents.

Nonetheless, this was not distracting to the point of ruining this first half, and the physicality of the performers - at times brashly blokey, at others slippery smooth - created a thoroughly engaging experience. Atmospheric touches such as the real fast food eaten by the first pair - perhaps ribs or a burger - that emanated from the stage and the striking up of a real cigarette by the last pair created a transformative post-work bar with very little by way of props.

The second half requires even morepower from the players - whether playing weak or strong - and they felt well-matched for the blow out that ensues. Each character is hideous in their own way, dragged down by the mucky world that surrounds them. By the end, you really do wonder: what the hell is it all for? 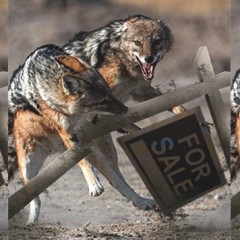 Vile is recurring theme at the fringe, but never has vile been so slick, so everyday, and so horribly depressing.