Fringe theatre. It proves a test of how best to express something, while using as few resources as possible.

But at what point does it turn into shoddiness? Owl Time attempted to take on one of the world's biggest current issues – the Syrian migrant crisis. It attempted to mix a somewhat sugar-coated performance with projected imagery to create a multimedia experience. It attempted to take us through a past, present, and future of the crisis whilst referencing quotes by important figures. It also attempted to relate it to the current environmental crisis – the other big global issue.

In undertaking these vast dramatic challenges they took on a lot, and sadly, fell short.

Their Syrian migrant was unconvincing in her portrayal of someone who had been through the wars – only to find friendship in a hermit in her dreams. The projected images were put together badly; each one being stopped prematurely, so that when it came time for the next one to play, we sat through the remainder of the previous one. It was clear they were put together as a single clip to be paused by the technician between clips. A simple fade between clips would have made the transitions seamless.

While an original take on the crisis, taking a transcendental look at it from the point of how it affects people's spirits; it did not do justice to this issue. It didn't do enough to simulate the graveness of the situation, perhaps even going so far as to belittle it.

The element of relating the crisis to the environment, though heartfelt, was lacklustre and tangential. Farming seemed to be linked to the turmoil in Syria and, though two important issues, should not have been treated in the same way.

Redemption came in two forms – edibles, which were very tasty, but the passing out of which was massively time consuming, and a small speech from a man at the end, aside from the main performance.

He spoke about the important of the plight of the environment, about the need for compassion towards migrants and the need for sustainable farming to feed them. He conveyed in two minutes what the theatre show attempted, and fell short of, in an hour. 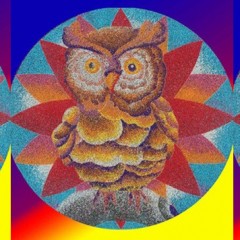 Fringe theatre. It proves a test of how best to express something, while using as few resources as possible.