This show rode on a wave of two successful elements – neither of which had much to do with the intended routine.

First, the power of fans in the audience, and second, the strength of a guest act.

Some fans who'd seen LJ Da Funk at last year's show, and who were very merry, made this performance their own. They played up to Zak's jokes, and ruthlessly tore him to bits in the moments which fell flat. Their own riotous laughter, which in itself was infectiously funny, meant Zak couldn't fit his gags in sideways.

The creation of a 'white guy who tries to be black' character from the Southern US offers a great skeleton for a stand-up persona. However, with obscure humour that was based too much on very specific knowledge, his punch lines too often required further research. This might work excellently for a well-known comic whose audience are specifically interested, but it's the best way to alienate a late night, fringe crowd. That said, Zak is darkly clever, and with a more universal element to the routine, it could be a winner.

The show's most redeeming factor came in the guise of the guest act, Sami Stone. She delivered an erudite, dark, fifteen-minute set, which explored the explicit and unseen avenues of comedy and the personal experiences which populate her own routine, Roof.

LJ Da Funk by Zak Splijt is on every weekend until 4 June. Read more about it here. 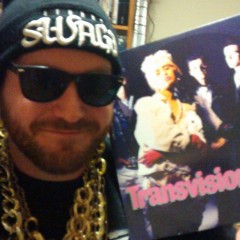 This show rode on a wave of two successful elements – neither of which had much to do with the intended routine.