A potent show which tackles an important, yet often taboo subject head on. Groomed is an incredibly rare find.

There are many elements that make for good fringe theatre; flexibility with limited resources, the ability to make a real impact on an intimately-sized audience and the building of a complex performance over a shorter time than a more permanent show all factor in. Groomed, written by and starring Patrick Sandford, achieves this and much more.

I attended the first Brighton Fringe performance of the Sweet Waterfront-situated show, which takes place in an unassuming, conference style room in the hotel, and will show numerous times throughout the duration of the festival. The set was simple but well-considered, a choice selection of props sitting on a table, a piece of fabric draped over the chair at said table. A sax player warmed-up to one side of the set, a music stand in front of him and a child's chair beside him.

What ensued was an intense and at times incredibly difficult hour-long show, which discusses the writer and star's own childhood experience with a male teacher, the emotions that followed - for years after - and threads of two further interconnecting tales, which explore the endurance of unneeded, yet entirely understandable defences long after the fact, as well as the redemption of human spirit and creativity after moments of trauma.

There is a razer-sharp precision to all aspects of this show. It feels entirely like a creative experience, it seems odd to use the word enjoyable for a show which tackles such a difficult subject as childhood grooming, but first and foremost this is an excellent piece of theatre. The connection with the charity ManKind - a UK charity who offer support to male sufferers of abuse - is well-balanced and this doesn't feel distractingly 'educational', as many well-meaning shows often are. The open and honest conversation at the end between the audience, the cast and the charity is an added benefit, and all that is needed.

The acting is superb, and provides a platform for a complex discussion that takes into account all range of emotion; from the feelings of the abused child, to the mistrust of the adult in search for justice from the authorities. It even goes so far as to touch on the feelings of the teacher, the excuses that he perhaps tells himself. Sandford morphs from heart-wrenchingly vulnerable to stomach-churningly vile in split seconds, and the choice to play both teacher and child is a powerful one. It creates a sense of fluidity between tormentor and victim; victim forced to become their own tormentor as the years pass.

While the individual case addressed in this play deals with male abuse, this is in no way an exclusive piece of writing. The feelings discussed spread further, to responses to all kind of trauma; as mentioned in the piece, who are we give it a hierarchy, trauma is trauma. Similarly, as this play expands - as surely it will - one imagines it could be taken on by other performers. The relationship between actor, author and victim is an important one, but that is by no means the hook, and this important piece, that tackles abuse, psychology, self-worth, man, woman, old young, me and you, deserves to be seen by many more. 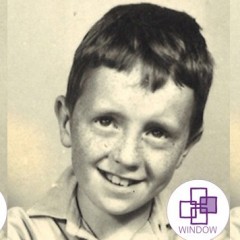 A potent show which tackles an important, yet often taboo subject head on. Groomed is an incredibly rare find.