JoJo Bellini gave an amusing performance; singing along to Tom Jones songs, doing a bit of cooking, and captivating the audience along the way.

I headed to see JoJo Bellini yesterday early evening, as the sun continued to beat down on The Warren's outdoor festival area; this highly entertaining fringe cabaret performance was held inside. As I sat down to watch the show, I could already feel that it was going to be something different from the usual - of course, within a fringe setting this is rather important. Yes folks, this is kitchen cabaret and JoJo, great hostess in her kitchen, is cooking some soup while entertaing her guests. She starts to sing Tom Jones's Pussycat while cutting the celery.

Right from the start, a good proportion of the audience were singing along - it's always horrible when a few half-heartedly join in, and, quite common in early shows before the crowds are suitably, ahem, jolly. By the time half the show had passed, she seemed to have won everybody over. Even the most timid ones couldn't escape her exuberance and humour. Everyone, no matter how well they already knew Tom Jones's lyrics, was singing along. Of course, this was used to comic effect. While everybody sang 'Burning down the house', we could actually see something burning. There was, in fact, a welsh cake burning.

Several times the audience were asked to join and participate in her cabaret. She re-visted the famous scene from Ghost, with the help of one lucky guy. Uncontrollable laughter ensued - myself, nearly crying. At the end, nobody seemed ready to leave. I would definitely go to this again, you must try it. 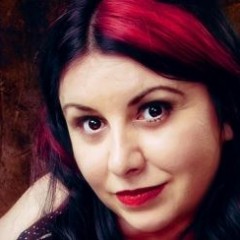 JoJo Bellini gave an amusing performance; singing along to Tom Jones songs, doing a bit of cooking, and captivating the audience along the way.