An immersive fantasy about romance and misconnections that's thought-provoking and intimate, but could have been pushed a little further.

Entering the Hove-situated Sweet Dukebox for Octopus Soup Theatre's A Talent For Lying feels as though one is entering a small and intimate world. In a tiny, bustling cafe, our protagonists Lucy and Aidan bump into each other and start to chat, trapped in by the pouring rain outside. In this moment of time, two solitary individuals find a moment to connect. We witness the awkwardness of a first encounter, fighting with the desire to open up to a stranger.

As an audience member I felt as though I was eavesdropping, an interloper to their private conversation. The choice of setting in this way has a huge amount of potential for this kind of story, and was well-considered. However, for such an intimate setting I felt the performances themselves could have been that bit more intense - and truly connected to one-another - to really take it to the next level. I didn't feel entirely invested in, or convinced by, their relationship. Nevertheless, there were some fantastic glances and gestures, offering brief moments of inclusion and involvement to the crowds, and the smaller character of the Spanish waiter introduced a sarcastic and amusing tone to a show that was overall thoughtful and enjoyable.

The set was minal, but with key elements for the cafe story. This gave space to really imagine the different scenarios that the characters discussed; in one moment we shift mentally from the cafe into a party scene, in another to a romantic walk beside the seaside.

If this all sounds a bit too lovely-dovey, it isn't. It offers some equally interesting moments to ponder misconnections. 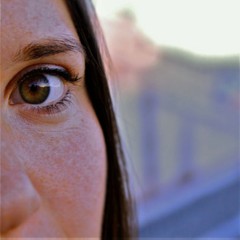 A Talent For Lying

An immersive fantasy about romance and misconnections that's thought-provoking and intimate, but could have been pushed a little further.