You had one job, Snyder.

This film is a mess.

I'm inclined to leave the review there, but I will expand. It is a complete, incoherent mess. It jumps from scene to scene, not letting anything mature, finish, or even really get started before we are then whisked away to some other flimsy point. All of these loosely interconnected threads try and fail to carry what feels like an over encumbered and underdeveloped plot, that subsequently comes off as stodgy, and dare I say, rushed. It is both too long, and simultaneously lacking in character development.

But, let's rewind and start at the beginning.

Batman V Superman is to be considered a sequel to the visually impressive but somewhat mediocre Man of Steel film. Director Zack Snyder is once more at the helm, and had been given control of this film to kick off a DC cinematic universe to rival that of Marvel. He certainly kicked it off alright. Off a cliff into the abyss of obscurity and the pit of critical savagery.

He had all the pieces to a great film. Two juggernauts of the comic world clashing, with inspiration coming from the classic Frank Miller graphic novel. The introduction of a strong female character in Wonder Woman, and the beginning of the Justice League. While not immediately guaranteed to have a great film, it is a good starting point. Snyder just never left the starting block, and dropped all the film pieces on the floor, which would at least explain the incoherence of plot.

This was an issue in the Man of Steel, and it has only been further compounded with the introduction of more characters. It is always a risk to have multiple main characters in a film, because they will all be competing for development, and that risk does not pay off here. Not only do we not see any major character development in this film, but nearly everyone comes off as superficial and flat.

Superman comes across as uncharismatic, boring, and whiney. I appreciate the desire to create a more gritty, dark universe, but Superman is meant to be the beacon of light. The provider of hope where often there is none. In BvS, he offers nothing. Constantly grim faced, Cavill's performance is stiff and awkward. Having to deal with the growing resentment he is experiencing in America in the aftermath of Man of Steel, it could be expected he might be downtrodden, but at no point is he given the time to challenge that. There is one particular scene which would have been perfect for Superman to outline his morals and motivations, and he is robbed of even that.

Affleck on the other hand, really makes the brooding, bitter Batman his own.

Bruce Wayne, having seen the destruction and devastation Superman brought upon Metropolis in the last film, is determined to bring an end to the Man of Steel. Compelled by increasingly violent dreams, perhaps a result of PTSD, Batman becomes increasingly singular in his desire to kill Superman. Affleck delivers perhaps the best version of Batman to date. He is physically huge, a mass of muscle that completely dominates the screen. You could actually believe that fear was an integral part of his arsenal, and when that didn't work, his ability to deliver a beating would. The fight scenes remind me of the Arkham Knight games, ruthless, raw and seamlessly flowing from one target to the next. The more comic-book styled scenes allow for incorporation of 'bat-gadgets', especially the grappling hook, which is used to great effect. Affleck's interaction with Alfred, played brilliantly by Jeremy Irons provide some much needed relief to the relentless growling and darkness, and is underutilised. It offers a few glimpses into a life outside of Batman, and humanises him a bit. This is meant to be an older portrayal of Bruce, where he has moved beyond being a 'hero', and is no longer this laser-focused individual. One scene demonstrates this brilliantly, where he was distracted by a 'pretty face'.

But why are Batman and Superman actually fighting? It turns out though that the two sides were being played against each other by Lex Luthor, played by Jesse Eisenberg. Why? Good question, but don't expect to get an answer from the film. Every film needs an antagonist, here is Lex Luthor, what more do you want?! How is he playing the two sides? Pass. He just seems to know Superman's weakness and identity, and wants to kill Batman because of reasons. Oh, and he has in depth knowledge and understanding of the Kryptonian ship that was previously destroyed, because it's needed for the plot. All of this being said, Eisenberg should be praised for his performance. He did not have a lot to work with it seemed, but he still created a character who came across as sinister, conniving, and more than a little bit unhinged. I feel we never see this truly come to fruition though, again, due to the mess of chronology and ethereal plot.

However, the real casualty of Snyder's inability to deliver a plot is Gal Gadot's Wonder Woman. This is the first time the character is portrayed in a cinematic release, and while she is awesome, her screen time as the Amazonian warrior lasts, maybe, 10 minutes? And in that 10 minutes we learn nothing about her other than that she can fight, and loves to do so. This is displayed in perhaps the most mundane, run of the mill, and boring 'climactic' showdown between the trinity and Doomsday. It was nothing more than relentless punching, slashing, lasering, and visual effects that border on distracting. I am at least now confident to say that Gadot was a fantastic casting choice, and her film in 2017 is something to look forward to.

I wanted to love this film. I really did. I disregarded all the warning signs, was an apologist for the so-so trailers. I even defended Zack Snyder. He is great at delivering a visual spectacle, and I thought it would only enhance the story which was mostly lifted from Frank Miller. I was wrong. It was a mistake to leave Snyder in charge of this project. He promised massive chunks of 24 karat gold, and left us with little nuggets, that had to be searched for in a big trough of slurry.

Much like this review, it lasts too long, without further advancing anything, so let me try to rectify that now. This film is not good. If there is one thing you should not be in a film this long and jam-packed with blockbuster characters is bored. But I was. I was bored and I was confused, and this led to me picking apart the film as I watched it. Interactions are unnatural, characters motivations are ill defined, the pacing is wrong, the plot is, at best, anaemic, and the seeds of the Justice League are not so much sown into soil as smashed into concrete. We all know that if you're a Batman or Superman fan you will see this film anyway, but don't go expecting a coherent, engaging narrative, suspense, or logical action sequences. 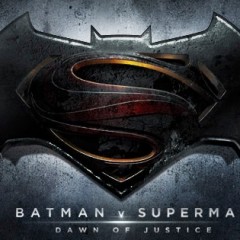 You had one job, Snyder.