Blake Remixed was a one-man performance at the Northern Stage in Newcastle upon Tyne which merged the poetry of Romantic writer William Blake, with contemporary hip hop.

If this sounds like an odd pairing then you aren't mistaken. As far as art forms go I would have described them as polar opposites: Blake is classical and literary, hip hop is about popular culture, the two are centuries apart and are part of very different cultures.

However, rapper and human beatbox Testament disagrees, he thinks that this 18th Century poet and the modern genre have a bit more in common than you might think. So with Scratch DJ World Champion DJ Woody and some very clever digital projections, Testament uses the poetry of Blake to give us a very different and eye opening performance.

The show follows a story, specifically a coming of age story which is based on Testament's life and career but is framed through concepts from Blake such as the four 'Zoas', representing different abstract ideas, and his Songs of Innocence and Experience. Sometimes the poetry is recited fully, with a hip hop style and other times it offers inspiration for original lyrics. This is all accompanied by music from DJ Woody who also operated the digital projections, animation and video which we see projected on to the set. This extra form of art allowed other hip hop artists such as Soweto Kinch, Jehst, Ty and Shlomo to become the 'Zoas', offering different characters to the story as well as providing the setting.

The most important thing about the digital projection however is that it is controlled through the turntables, which means that what we see is directly integrated with the music, and is another way of offering a more interactive show. This gives the DJ creative license, with the potential to change the sound and visual effects from show to show.

Testament uses his story of trying to make it as an artist and the work he has done with youth in prisons to show how relevant Blake has been to his life and how the poet sits alongside hip hop for him. As the common themes were fighting social injustice and a corrupt system, this has allowed me a new insight into how hip hop offers a social commentary. While the rhythm and rhyme in itself was enough to draw parallels, Testament's original lyrics and storytelling were sharp, witty and clever, often using humour and irony. I found this so interesting as someone who often writes opinion or comment articles on social issues, making me think about various ways of communicating the same idea, and also how to make these issues interesting to people, particularly young people, something which Testament is clearly good at. It also really made me think about the ways different art forms can relate to and offer inspiration for each other.

As Blake himself was a multimedia artist, with his poetry being described as 'songs' and often accompanied by original illustrations and engravings, it is clear that Testament is keen to bring this into a modern context, combining literature with music and visual art, across different styles too. The best thing about this is that he makes all of these forms accessible: I went as someone who loves Blake poetry, and left with a much greater appreciation for hip hop, and I am sure that many who went for the music will have been inspired by the poetry too.

Overall this was a great show, a really interesting concept and something I would be really keen to see more of!

Blake Remixed will be at Canada Water Culture Space, London, on 27th March 2016. 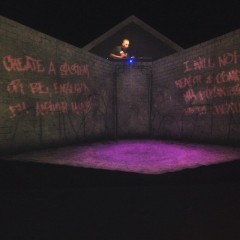 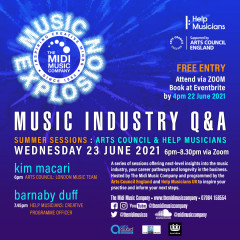