I'm in love with RPG's

I need to preface this review by saying I haven't completed the game. In fact I have played for nearly 30 hours in my spare time in an attempt to get as far as possible for this review, but I don't think I have scratched the surface of what the game has to offer. This, in my opinion, is a good thing.

Fallout 4 brings Vault-dwellers to post apocalyptic Boston, and basically says 'off you go'. This is RPG in it's rawest form. There is a main storyline quest, but in the 30 hours I've played i have hardly made any headway in it, because every time I head to to an objective, I end up getting completely sidetracked, exploring buildings, fighting super mutants and simply taking in the scenery. I know there has been a lot of debate of the visual quality of Fallout 4, but I think it's stunning, especially given the level of content they have packed in.

It's all about your choices

Character creation at the beginning of the game is very flexible, allowing a wide range of characters to be created. You can play as a male or a female, and Bethesda has recorded thousands of names, so when you name your player, it is likely that other players will have recorded dialogue to address you with your in game name. My character is Jeremy Corbyn, but you can call me 'Mister Jeremy'. It's so gratifying, every time.

Your character can be further personalised through the skill-tree system known as S.P.E.C.I.A.L. This stands for strength, perception, insurance, charisma, intelligence, agility, and luck. You can put points into any of these branches, and it will affect your game play. Want to have a very charismatic player? Then you will be more persuasive when talking to NPC's. More strength? Then you can carry more junk, and your melee attacks are more effective. It's incredibly intricate, and as you continue to level up, you can then unlock perks, which sit under each skill area. These in turn can be further improved. It's layer upon layer upon layer of personalisation. Like many things in Fallout though, it is largely left for you to figure out what is helpful, and what will match your play mode.

I am relatively new to Bethesda games. I've never played Skyrim, and I tried Fallout: New Vegas but hated it, finding it confusing and inaccessible. That's not to say Fallout 4 is in any way more accessible, or any more forgiving, because trust me, the wasteland is just as unforgiving as ever.

The game almost takes sadistic joy in the difficult curve thrown at you. It's unrelentingly challenging. Didn't quick save after that huge fight, and get taken out by a beetle? Have fun doing that again? Desperately low on health and need to eat food? Enjoy your radiation. Just casually walking through the wasteland? Surprise - mutated dog leader, here to mess you up. Remember the eagles in Far Cry 4, where the game arbitrarily rolled a dice and decided you needed a reminder of who was in charge? It's that, only now the eagles have guns, and glow.

There is no handholding here. The menus are often obtuse, and some mechanics could do with better explaining. If you happen to miss the little pop-up information box explaining something, then that's your lot. Work it out or go without. In some ways it is exceptionally frustrating, especially being a gamer who deals primarily with standard FPS style games. But equally, it somehow makes the whole game more immersive. You can still run and gun if that's your desire (you'll die a lot, but you can), but you are rewarded for taking it slower, exploring every nook and cranny for some rare item.

Even with my limited past experience, I knew a big part of these free-roam games is the stealing of absolutely everything that is not nailed down. Nothing is safe - toilet plungers, typewriters, mops, bottles of whiskey. If you can pick it up, it's coming with. Once you're too encumbered to run, then you pass it off to your companion, and continue.

In previous games this junk never had a solid purpose, just filling up the various storage units you find, or flogging to merchants in exchange for drugs and ammo. Now though, everything can be broken down and used to craft upgrades to your weapons, armour, and even build entire settlements with it. In fact, settlement creation, while not mandatory (nothing is in this game) is certainly helpful to your end goal. The growing of food can be a life saver, and it generates crops which you can sell for caps.

While shelter building is a great addition to the Fallout game, and gives many new projects to those who don't want to go dungeon crawling, it's implementation feels half-assed. It is incredibly clunky to build using a controller, even when working with prefab huts. A top down view would make building a lot easier, as currently you are only granted a first or third person view. Again, Fallout does not believe in handholding, and expects you to work out the mechanics of everything on your own. It must be said though that the scope of creativity with this tool is vast. I have seen people create light shows, playable organs and settler death traps. As mods are released I only anticipate this to get more impressive.

Bugs, and not the radioactive kind

There are many quirks with Fallout 4, although I'm told this is common with Bethesda 1.0 releases. The companion AI's can be incredibly frustrating, with Dogmeat simply standing there while getting beaten about by a super mutant, but another time charging in to attack an enemy when I was trying to sneak past them. The amount of times the dog has gotten me killed by blocking a doorway, or pushing me off a thin beam is beyond laughable, but I wouldn't trade him in. Yet.

The game is smooth on the whole, but every so often the frame rate will nose-dive heavily. There will be visibly fewer frames on screen, and in one instance the game froze altogether for a few seconds. On the most part it hasn't been a problem, but in a game that is so death happy, it is very unhelpful to not know what's happening on screen.

The mechanics to Fallout are not completely new to me. I knew the backstory, I knew that there is a lot of walking around, and I knew that shooting was a substantial effort. I also thought I knew that I hated RPG's, and that Fallout was overhyped dross. I am not too old to learn something new, and I am ecstatic to report I was wrong. Fallout 4 has completely changed my opinion on a genre of gaming I had previously written off. I love walking for the sake of walking, simply completing quests as you find them, or electing to move on and leave the inhabitants to deal with their own problems.

It is a welcome change from the linear, cut scene driven, quick time abusing, multiplayer focused games that have been the standard release for big title companies. Is it perfect? No. But unlike some games, I am willing to give Fallout 4 a pass. I believe that it will be fixed, and the multiple layers of complexity and variation means that if something is a bit glitchy, you aren't stuck indefinitely. The only reason I'm not playing it right now is because this review is long overdue. It's addictive. "One more building. One more mission. I'll just quickly check on my settlement.." Then hours of your life have gone. If you have responsibilities, this might not be the game for you. Otherwise, why aren't you out ordering it already!

To end my review, I leave you a video of the Pip-boy edition announcement made at E3. I was covering it at the time, and I have never (Batman excluded, obviously) felt such hype around a game - which is testimony to the talent of Bethesda, given my only previous experience of their games was negative. 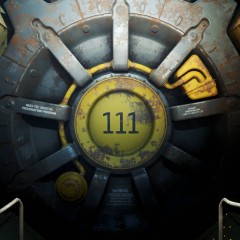 I'm in love with RPG's