A Fierce and Feisty Flamenco Experience

For Unit 1 Part C of my Silver Arts Award I chose to research and watch the art of Flamenco. When I was in Spain I saw a flamenco show in the Hotel Torrequebrada and experienced the traditional flamenco song, guitar and dance.

The show took place in a small room with a stage in the corner. The floor of the stage was at eyelevel allowing you to see the dancers feet move. The lighting on the stage was dark with some red spotlights. The only things on stage at the start were two crimson, wooden chairs.

The first number in the show was a traditional flamenco song sung by Nuria Martin and accompanied on guitar by Jose Fernandez. It was very different to the type of music I would listen to usually. It was sung very passionately with a lot of expression and emotion in her voice. Her voice was harsh and made a rough and rustic sound. It was not my favourite song, but it showed me what classic Flamenco music sounds like.

Next there was a fierce and fantastic dance performed by Fatima Navarro. The dance started slowly with careful movement and then the mood changed. With sharp twists, turns and sudden claps, bursts of feet tapping fury began to appear. Her feet moved incredibly fast and made extraordinary sounds. Her dress was a beautiful combination of reds, black, white, spots and frills that spun and twirled as she danced.

Then came another danced performed by Fatima's brother Moises. Now his feet moved fast! I learnt that rhythm was a very important part of Flamenco dance as your feet are tapping all of the time. The other members on the stage added percussion and kept the dancer in time with their feet, hands and voices.

It was then my favourite part of the whole show, the Spanish guitar. Jose Fernandez's fingers moved so fast and the sound was beautiful and mesmerizing. I was inspired by how well he played his guitar and how lovely the sound was.

From this show I have learnt the sound of true flamenco song and music, the skill and ferocity of traditional flamenco dance and the patterns, colours and designs of the clothes worn. 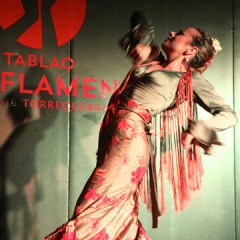 The Art Of Flamenco

A Fierce and Feisty Flamenco Experience 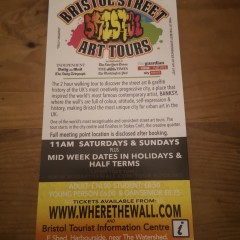