A review of the latest Bond movie

What I thought: I thought that the plot was a little confusing in places as it moved quite quickly but it was very well made and the action, cars and cast were perfect and I enjoyed it very much. It was a good Bond movie and whilst it kept some of the hallmarks it also moved with times and the latest threat of hacking into information and tracking people is a modern threat. This was combined with Bond's past.

What I enjoyed and why: I really enjoyed the action and the plot because it fitted together perfectly. Also, it made good use of a variety of locations including Rome, Mexico, Austria and London. This added to the fast pace and made it interesting to see different countries and cities.

What I didn't enjoy: It is hard to say what I didn't enjoy as it was a great film but the ending could have been better because it happened too quickly and made it hard to understand why Bond made the decision to leave MI6 which is a huge thing to happen.

What I would change: If I was to change anything I would have liked to have more scenes with he DB10 in as it was only involved in one very quick but spectacular chase. Also, more gadgets would have been good as this is a signature of Bond movies but there haven't been many in the latest films. Q is now more of a computer and technology expert rather that an inventor and this is something that I have enjoyed since I was young.

What I learnt: I learnt that cinematographers and directors can make action realistic by using computers and editing. This technology allows you to feel that you are at the centre of the action. The clever use of camera angles also makes it feel like you are involved in the movement.

Who I would recommend this event to : I would recommend this film to anyone who enjoys spy and action films with good locations and lots of fast paced scenes. It has an underlying humour which gives a good break to the tension. It is a good family film as it has levels that can appeal to a variety of interests and ages. This film is probably not suitable for under 12s as the plot is difficult to understand and there are some realistically violent scenes. I would recommend this to my friends. 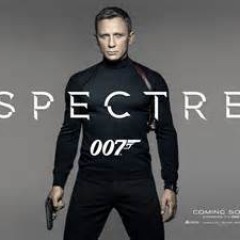 A review of the latest Bond movie