Voice MagReviewsFeminism and the Imp…

Bath Literature Festival has been showing a great variety of female content ahead of today's International Women's Day. Yesterday, I headed to Feminism and the Impact of the Digital Age, with Sarah Brown, Suzanne Moore, and Bath Festivals' own, Viv Groskop.

The content was incredibly varied, the three women speaking about a range of topics from online bullying, to the rise of clickbait and shielding children from online pornography. The debate kicked off with a simple question to the audience, 'Has the internet been a force for good or bad for women?". I tended towards good - Twitter has been a huge platform for feminism, and last years removal of Dapper Laughs from tv and the rise of sites such as Everyday Sexism seems to only have been possible with the internet - but was suprised that half the audience thought it had done more harm than good, opening women up to greater criticism and trolling, and allowing a free flow of unchecked, misogynistic imagery.

Sarah Brown - previously facing enormous amounts of negative online commentary during Gordon Brown's time in office - commented that while this can be a problem for women, it is greatly outweighed by the good that can be done in bringing attention to global women's issues and campaigns for equality. Suzanne Moore - a journalist who has experienced a huge amount of online criticism, tending mostly towards absurdly pointless comments about her hair - reckoned that, like the weather, the internet is an unpredictable force of both good and bad, creating a space for vicious, anonymous mysogyny, but also creating a space for women to protest back. She pointed out that the root causes aren't created by the internet, but that the internet just provides a platform for feelings that might have been present in society before, just not so explicitly expressed. This linked with a comment she made later about pornography, that the solution isn't always to ban something - directing it underground, and making the situation much worse for the women caught up in the trade - but rather to look at the root causes, and to make sure that both young men and women are fully educated in the ideas of feminism and equality early on. Sarah backed this up, explaining that even ten or twenty years ago, parents were being educated in how to block children from seeing certain material. Now that technology is advancing, it's not so much a question of how to block the content, but how to explain the morals and complexities of material when it is, inevitably found.

Sarah also highlighted how good the internet has been on a global scale, in bringing oppressed women together and offering a space for worldwide news. She pointed to India's rape crisis, and the fact that many women were mobilised to protest online. The internet has also been good for tracking illegal trafficking activity and finding women who have disappeared. In the current sititation with women joining ISIS the internet has been a double edged sword - helping to recruit, but also helping to track recruitment. As Sarah pointed out this kind of recruitment has always taken place, previously offline, so now we are able to keep more of an eye on what is happening.

All in all, it seems that there are different levels for which the internet works for good and bad for women. At home, on a more personal level it can be a negative thing, leading to greater commentary on women's appearances and greater possibility for users to anonymously target female public figures, and vulnerable young school children. However, compared to the good it can do on a global scale it was agreed that the internet is working to really tackle some very serious issues, and to bring far away causes to our desktops. Interestingly, an audience member asked Sarah Brown if the signing of online petitions and hashtags for causes actually did any good, or stopped people from taking any real action. She said that this is often the tipping point for politicians to make changes, and that any cause with the support of an online crowd, no matter how small their input, will give a powerful voice to the cause.

At the root of all of this, the internet is a tool, through which the voice of society can be enhanced. The job for feminism isn't taking down the internet, it's tackling the causes of misogyny, and continuing to use the internet to spread a host of worthwhile messages. 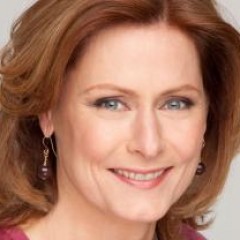 Feminism and the Impact of the Digital Age

Bath Literature Festival has been showing a great variety of female content ahead of today's International Women's Day. Yesterday, I headed to Feminism and the Impact of the Digital Age, with Sarah Brown, Suzanne Moore, and Bath Festivals' own, Viv Groskop.