Witnessing the brilliant Judith Kerr in conversation at Bath Children's Literature Festival, it's great find the renowned author is still at such a creative highpoint.

I remember delving into the work of Judith Kerr as a child and being utterly enraptured. Mog the Cat, The Tiger Who Came to Tea…the illustrations in these stories have become something of a fixture in the overall aesthetic of childhood. They have become as engrained in British youth as the drawings of Quentin Blake, leaping wildly from the pages and stirring that brilliant and apparently limitless childhood tool of imagination.

I have since moved onto far more miserable books, but seeing Judith Kerr talk with all the vivacity of a woman in her creative peak, I wondered if I perhaps was missing a trick in not still indulging myself in her magical worlds.

Kerr was speaking at the opening of Bath Children's Literature Festival to promote her newest book Mr Cleghorn's Seal, inspired by her father's tale of taking a seal pup to Berlin with him after its mother was accidentally killed in a hunt; as with most of Kerr's work, it's not all sunshine and light, tales often underscored with painful and moral topics. Kerr's account of this story was genuinely gripping. Did her father really take a seal pup all the way to Berlin with him and keep it on his balcony? Perhaps, perhaps not. Kerr tells this story as absolute truth.

Kerr's father told the story when she asked him about the origin of a stuffed seal that he kept in his study. True to the nature of children's literature, nobody asked the writer if she believed he was telling the truth - who wants to have that bubble burst? It was a wonderfully and hilariously told story and really, that's all that mattered.

The discussion dipped between fun and pain, touching on Kerr's escape from Germany during the Second World War and her childhood moving between countries. True to Kerr's style there was little anger in these discussions and she spoke candidly about her subsequent visits to Germany and the nuances of guilt that she occasionally witnessed to have permeated society. Discussions such as this were offset by more lighthearted questions. Asked whether she was in her own 'granny gang' (following on from her book of the same name) she answered with a straight face; 'of course'.

Both the children and adults in the audience were fully engrossed, which only went on to confirm the initial statement in this discussion, that children's books really are for all ages. This isn't a 'weaker' form of literature, but is one that requires a great deal of humanity and creative skill. Kerr was brighter, less pretentious and more genuinely interested in goodness and morality than many esteemed adult writers appear to be when discussing their work, and her positive outlook despite a start in life that you imagine could break the soul was, quite frankly, an inspiration.

By the end of the discussion I wondered if the crowd would ever stop clapping. I certainly didn't want to. The secret to eternal youth? Apparently, writing children's books.

This was a one off event, to see event details and visit Bath Festival's website, click here. 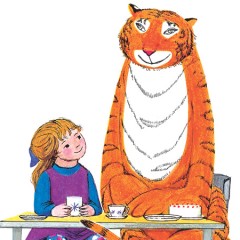 Witnessing the brilliant Judith Kerr in conversation at Bath Children's Literature Festival, it's great find the renowned author is still at such a creative highpoint. 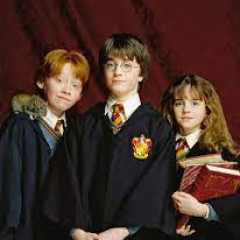