Voice MagReviewsFlorence and the Mac…

A review of one of the four London shows of Florence and the Machine's How Big, How Blue, How Beautiful tour at Alexandra Palace on 22/09/15

Alexandra Palace was the perfect setting for the London part of Florence and the Machine's How Big, How Blue, How Beautiful tour. With its decadent architecture, stained glass and mirrored windows and its panoramic view of London on arrival – as soon as you got there you knew you were going to be in for a good night. Before the band took to the stage there was an immense feeling of anticipation and excitement in the crowd, everyone around was counting down the minutes. When it finally reached 9pm the lights dimmed and Florence's band took the stage in front of the shimmering backdrop, setting the tone with some eerie atmospheric music as the backing lights pulsed. As the beginning cords of 'What the Water Gave Me' reverberated around the room Florence appeared downstage on the same level as the audience quietly greeting her fans and walking up to her mic with her distinctive ethereal gait and contented look on her face, from which she went straight into the music. 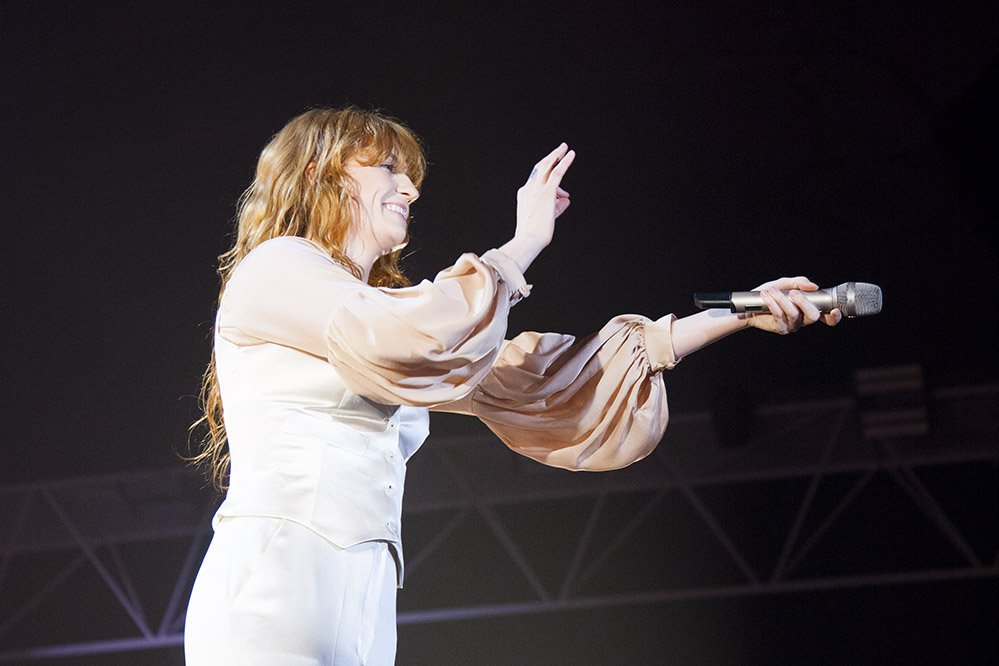 Her energy throughout the set was contagious; she whirled from one side of the stage to the other with dizzying vivacity whipping her long red locks round and round. You can tell she has made the most of the dance lessons she took when making the album which inspired the song 'Delilah', she danced almost in mimicry to the words 'Neverknew I was a dancer until Delilah showed me how', with her unruly balletic twists and turns. She encouraged the audience to join her on many occasions, we were her choir for 'Shake it Out', people climbed on each other's shoulders for 'rabbit heart' and threw their hands in the air at the repetition of the lyrics 'raise it up'. Before the song 'Spectrum' she asked us if we were ready to dance with her, the cheers from the audience automatically affirmed this. For the final song before the encore, 'Dog Days', she encouraged everyone firstly to embrace each other, then remove one item of clothing and wave it above their heads, whilst simultaneously jumping up and down to the chorus. Everyone was singing along and everyone was having the time of their life. 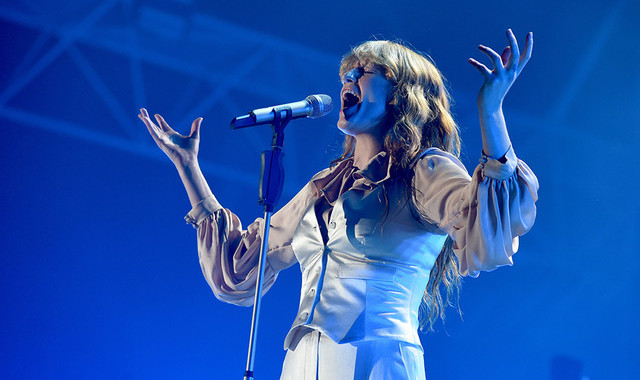 These moments of wild unadulterated joy were evened out with more mellow songs such as the hauntingly beautiful 'Long & Lost', one of the few songs where Florence remained relatively still at her mic and so the audience fittingly were too, still and captivated. And of course she sang her classic Candi Stanton cover: 'You Got the Love' which everyone gently swayed to with a sense of camaraderie. The album's title track came midway through the set, When Florence introduced it she joked that judging by the weather tonight it would be titled 'How Big, How Grey, How Beautiful.' But the weather did nothing to dampen her spirits, or the crowds. She went on to explain that the song was inspired by being in love, not just with a person, but with every person she met and every place she saw. The band particularly triumphed at the conclusion of this song with the dramatic brass section at which Florence appropriately spread her arms to the grandeur of the sound. The audience spent the night in awe of her and the band but also wholeheartedly together with her embodying the essence of the title song. 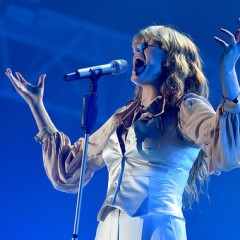 Florence and the Machine at Alexandra Palace

A review of one of the four London shows of Florence and the Machine's How Big, How Blue, How Beautiful tour at Alexandra Palace on 22/09/15

Why the arts should be taken more seriously.