Brighton rock was directed by John Boulting and was released in 1947, the black and white film was set in Brighton with the main characters Pinkie, Ida and Fred. The films setting allows for some great locations for filming, for example, the Ghost train and the pier. These give a great theme of exclusion and uneasiness. I think that the locations that were chosen are very appropriate to the image of the film, the contrast between busy streets and the desolate pier in the storm gives the movie a fantastic frill that is associated with crime, murder and detective work.

Fred's character is very peculiar, in the first part of the film we see him in Brighton and delivering the different cards that people can get prizes for, if found. At this point we don't know about his deep past with pinkie and his gang. His involvement with pinkie only becomes apparent when he accidently bumps into pinkie in the pub, here he gets chased and eventually killed. I think that the development of Fred's character escalates very quickly from the pub, I think that Boulting has done this to connote a speed to the story and the crime that goes on it.

The camera angles that Boulting uses are very interesting, for example, the scene when Fred is being chased from the pub to the pier. Starting from the pub, the shots are very wide form the tops of buildings, this shows how small Fred is and connotes an unimportance of Fred whereas all shots of Pinkie and his gang members are close up, showing how they are big, powerful and more important to Fred. We get a diversity in shot types when there is a shot of Fred's legs running, this shot highlights the speed of the chase and really expresses the reality that Fred is running for his life. Another extreme wide shot is of the buses in Brighton when Fred jumps on the back of one, I believe that this shot is done this way so that the viewer see Fred as being lost in an unfamiliar place.

The aesthetics of the film are great, the deep contrast between the rich blacks and the pale white gives the film a sense that there is a crossover from fiction to reality. Obviously colour film was not available back then, however if the film was shot in colour, I don't believe that the same nostalgic gang look would be pulled off so successfully. The black and white look allows the viewer to concentrate on the fast passed action in the film rather than be caught up with the revolutionary technology of colour in film making.

Character wise the acting throughout the film was outstanding, with a great performance from both Hermione Baddeley and Richard Attenborough topping them all. Hermione Baddeley was great playing the role of Ida Arnold; the way that she expressed emotion and acted the detective was incredible, the most important aspect of her character was that she was a woman. The recent revolution for women in Britain was a key part of her character. She was represented as a strong independent woman who was intelligent and kind. I think that the way that Ida was portrayed through Hermione was a great decision by Boulting. Pinkie, played by Richard Attenborough was also a great character. The way that Richard expressed the right amount of anger whilst retaining a small amount of decency was amazing. My favourite shot in the film was when pinkie was in the telegram recording booth and Rose (played by Carol Marsh) was in the background outside. This shot is great because it is when we hear the true feelings that Pinkie has for Rose, at this moment we are seeing Pinkies solitary facial expressions mixed with Roses optimistic look; this combination allows for a very interesting and memorable scene.

In conclusion, I believe that The Brighton rock is a great British classic film, there is a good variety of shot types mixed with the fantastic story and don't forget some great acting! This film shows off some of the best filmmaking skills around in the 1940s and still to this day is able to captivate and entertain audiences.

This review was written by Marc Hackett, and can be found on our archive site - http://archive.artsawardvoice.com/magazine/reviews/brighton-rock-review-marc-hackett 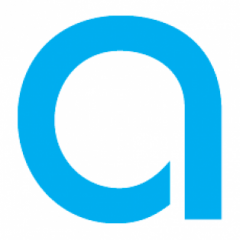