When you mix blunt honest and comedy together you get, "A selection of Things I've Said to Taxi Drivers". The Irish lad humours us with his funny stories and quick puns.

Garrett did well in a hot room with a fairly small crowd. His energy made the delivery of the each gag funnier, but some of his exaggeration was a little overboard and wasn't received as funny. This is especially true when he built up to a particularly anticlimactic punchline at the end of some jokes.

The way he explained his frustration against gay marriage in Ireland was far from offence and more hilarious as he explains how he has no excuses or why he's single at weddings.

My favourite joke was the one at his God child's christening. That was truly memorable and hysterical. Want to know which joke I refer to? Go and see the show!

A good comedian to see, his honesty may be his best policy. He has a smattering of great content, but too many fell flat to set the world alight.

Garrett Millerick is performing at the Underbelly Med Quad, Teviot place, until August 30th (not 17th), at 21:25. The show lasts an hour. 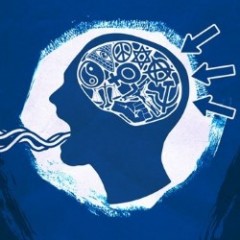