Local lad, Mark Nelson, entertains his audience on Graveyard Wednesday. He starts off by expressing how he feels about being 34 and how he's older than Jesus (hence the title).

He made some funny points about what young people like myself, have the privilege of doing. Examples include going to parties, drinking and having fun. Meanwhile he'll go to dinner parties and wish he wasn't there. I found it amusing when he mentioned young people with beards.

There was some heckling from some members of the audience which he handled professionally like any comedian would. Any topic of Jesus is likely to attract some attention, but Nelson just explained the life of Jesus using children's learning diagrams.

His blunt sense of humour worked well with the crowd. He didn't hold back with anyone, his joke about Scotland leaving the union was really funny. In his words, Scotland voted NO becomes the rise of the prices put them off.

I actually really enjoyed seeing his show. Mark Nelson is one of those comedians to look out for. 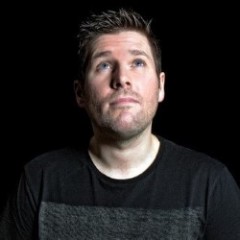