Imagine if your childhood hero was a disgraced athlete. That is Kieran Hodgson

We all had that childhood hero. That impeachable figure we looked up to, and who served as our inspiration, and we were convinced we could one day be like. For Kieran Hodgson, until recently, that figure was Lance Armstrong.

Hodgson takes us on a reminiscent journey of his childhood growing up in West Yorkshire, and taking all his inspiration from the seven time Tour de France winning Texan. We watched as Hodgson transformed into adolescent versions of him and his friends, as they muddle their way through their teenage years, existing on the fringes of popularity.

Not content with simply sweating in the harsh stage lights, to complete the look Kieran wears a full cycling outfit, complete with tight fighting lycra shorts. Then, as if to to make me further aware of my own fitness level, he performed part of his set on an exercise bike - and still managed to be funny!

Hodgson managed to perform several characters on stage, which on the whole was great at furthering the narrative. There were a few points where the accents merged into one, making it slightly difficult to discern who was talking, which in turn pulled me out of the story. This was particularly true at the beginning, which was very slow to start. It did accelerate eventually, and by the end was genuinely hilarious. This may be testimony to Hodgson's talent, for he successfully pulled me back from the zone I retreat to when bored.

It was nice to share in the joy Hodgson experienced as an adolescent, hearing from his hero, and finally getting to see the Tour de France in his home town. He is a very talented individual, who, on the whole, is excellent at mimicking accents and mannerisms. The show just lacked the spark needed to make it truly great. Definitely one to keep an eye on, as I think he has great potential!

Kieran Hodgson is performing free at the Voodoo Rooms every day until the 30th August (Not the 19th). For tickets and more information, visit the Fringe website. 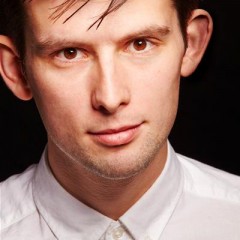 Imagine if your childhood hero was a disgraced athlete. That is Kieran Hodgson