Geordie comedian shares his secrets on how to be happy, and somehow, they all make sense!

Kai Humphries is from Blyth, although he has been lucky enough to escape and move to Scotland. He has a disdain of Geordie Shore, which immediately makes him a good guy in my books.

His hour long show, which had sold out, started off quite slow, and I was worried that he would end up being another one of those hour long regrets. However, 10 minutes in and he suddenly found his stride, and from thereon in I could barely keep the laughs back. His advise on how to keep yourself from getting angry at people was endearing and hilarious, although I doubt it will personally work for me - I'm far too hot-headed.

He talks about his childhood, and some of the things he wishes he could go back and change. We got to see a picture of little Kai, which in itself was a comedy gold moment. Hats off to him, I wouldn't have shown that picture to the public, let alone blow it up to A3 size.

While the laughs were coming in thick and fast, he wasn't beyond being serious too. He offers a dramatic 2 minute monologue at the end, which nearly had me in tears. The music accompaniment made the monologue that much more impactful, and I genuinely felt that I took something away from that show that will stay with me forever.

Another thing I found myself in agreement with was his suggestion that the Geordie accent can be a bit hard to decipher at times. However the two Geordies in front of me were loving it, so I assume it was comedy gold!

The show is certainly for a mature audience, both in terms of the language and some of the references he made. However, these references were made in the context of generational gaps, and how what is common to one age group flies completely over the heads of another.

This show was slow to start but by the end I felt I could have sat through another hour, providing my sides could take the punishment from laughter. Kai Humphries knocked it out of the park and certainly deserved his sell-out show.

Kai Humphries is performing at the Gilded Balloon every day in August, and costs £7.50 - £12.50. Tickets and more information can be found on the Edinburgh website. 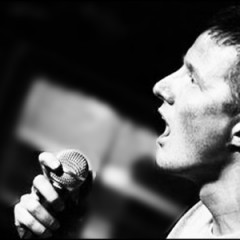 Kai Humphries: How to be happy

Geordie comedian shares his secrets on how to be happy, and somehow, they all make sense! 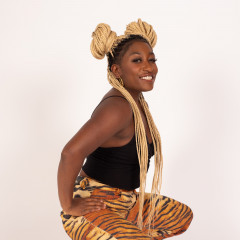