Minor Delays is a fast-paced, inventive and highly amusing sketch show that will keep you laughing the whole hour through. Three talented actors bring a plethora of awkward social situations to life, injecting comedy and occasionally crude humour into a hard-hitting show that starts with a bang, just as it means to continue.

The three actors had the audience laughing after only their first few seconds on stage, and there was definitely no shortage of laughter throughout the show. Despite the rare joke that was not so well received, the actors brought laughter with every sketch, each one improving on the one before.

Their ability to take highly sensitive and crude topics and put them in situations in which they are funny, is a skill that is not often found. The actors also showed excellent discipline in maintaining a straight face throughout the show, apart from one very short but hilarious one-man sketch that had the audience laughing before he had even finished his joke. He was able to recover amazingly quickly with only a smile giving away his amusement.

Personally, I did not find always myself laughing as much as other members of the audience. Having said that, there were many sketches, including one with a women giving birth, that made me laugh despite me having never been in that position, and I really enjoyed the show as a whole.

Overall, the humour was extremely accessible, the actors abilities to switch roles at the ring of a bell was very impressive, and the overall nature of the show ensured everyone came out smiling, having thoroughly enjoyed themselves.

If you're looking for a laugh, or just have a passion for comedic sketches, I can definitely recommend this! 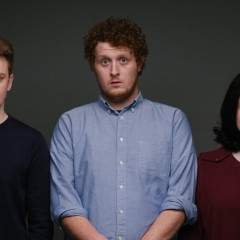