We did some conducting. I came up with my own ideas for conducting, and they were funny. But little did I know it was going to lead to a funny turn of events!

That day featured the funniest music lesson I have ever had - we were taught how to conduct by waving your arms around, but I wasn't comfortable doing the traditional way of conducting like you would do in an orchestra, so I asked Mrs Short and Mr Dunson if I could think of my own conducting ideas, and they actually liked my ideas! I did some hand gestures to make them play faster or slower etc, but I had no idea that it was going to make the whole lesson hilarious!

Yup, you read that right - the whole lesson was funny. When we did our first practice for conducting, Mr Dunson actually did something he shouldn't be doing - and that was playing an instrument when he wasn't allowed to. I said 'STOP!' and then he said 'Apologies, conductor.' We actually thought it was funny. It's a catchphrase to remember!

Bob, Jess, Mrs Short and Mr Dunson grabbed instruments, and I was conducting. A lot of things actually went wrong that we actually found funny. We were supposed to be playing All The Small Things by Blink182, but Mr Dunson was playing Two Princes by Spin Doctors on his guitar. I knew straightaway I had to exclaim 'OK, stop!' Mr Dunson pretended to think someone else was doing something wrong for a joke. Bob then decided to mess around with the keys on their keyboard, Jess played the wrong notes on her xylophone and Mrs Short played drums with just one stick!

It wasn't the way we wanted the lesson to go, but it was actually very funny. It was the funniest music lesson and musical experience I have ever had in all my years of education, and I will remember it well and share it with all of the Voice community. I actually want to do more conducting in music lessons! 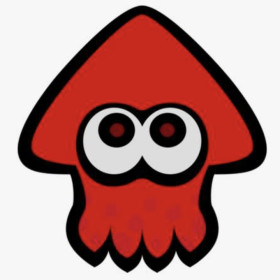 We did some conducting. I came up with my own ideas for conducting, and they were funny. But little did I know it was going to lead to a funny turn of events!