Australian power duo President Street are back with yet another stand-out single.

‘Tell Me Brother’ is their latest heartfelt track that aims to challenge society's outdated and harmful ideas of what it means to be a man. As part of an upcoming mini-album, ‘Tell Me Brother’ will be featured alongside May’s previous release ‘Heal’.

Using grooving rhythms, a much funkier sound has been brought to the table for this latest release. Focused on their own take as an anti-war song, President Street mix beautifully produced instrumentation, dancingly upbeat melodies and impactful lyricism to do just that.

Talking about the ideas they behind the release, President Street stated that they, “wanted to challenge the idea of what it means to ‘be a man’ and the concept of masculinity. We want to direct our message that – rather than being about violence and toxicity, TRUE masculinity is about being strong enough to lead through compassion and understanding and using strength to lift people up rather than hold them down.”

You can listen to ‘Tell Me Brother’ via the link below: 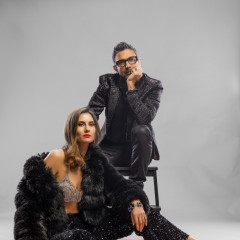 Australian power duo President Street are back with yet another stand-out single.