Caul Baby is an engrossing tale about family drama, motherhood, infertility, and gentrification.

Morgan Jerkins is the New York Times bestselling author of This Will Be My Undoing, a collection of nonfiction essays. Caul Baby marks Jerkins’ foray into fictional writing, and the novel follows a mysterious family of Black women named the Melancons. The Melancon women are a subject of both fascination and disgust in their Harlem neighbourhood, renowned for their dealing of caul. Caul are precious pieces of skin which grant their wearer the ability to heal their body. Endowed with such skin from birth, the Melancon women cut off pieces of their caul to sell. But, when Laila, a young woman desperate to become a mother, approaches the Melancons for their caul, something soon becomes apparent. It seems the matriarch of the family, Maman, is more invested in helping white people than she is in Black, whilst her children and grandchildren are little more to her than cash cows.

Caul Baby is electrifying and inventive in its use of magical realism to explore societal issues. It was particularly interesting to see how Jerkins uses the magical aspect of the caul to investigate how white people use Black bodies to their own benefit without advancing the status of Black people. Here Jerkins speaks to how Black bodies are and have been historically commodified and appropriated. The majority of the Melancons’ customers are white women who are eager to receive the caul but who simultaneously look down upon the Melancon women. In this sense, the caul acts as both a symbol of grandeur and oppression. Whilst the caul secures the Melancon women an economically advantaged position in society, it simultaneously aids in the continuation of their oppression by placing a price on their bodies and allowing them to be used by white people who see them as beneath themselves. In this sense, Jerkins’ use of magical realism is especially effective.

Despite the inventiveness of the novel, though, there are certain factors which hinder its success. The plot tends to meander at times, focusing heavily on lengthy descriptions of the Melancons’ dilapidating brownstone. And yet, there are other aspects of the novel which could do with greater detail. For example, many of the secondary characters feel rather generic — they do not necessarily add to the story in a meaningful way. Perhaps a greater sense of place and community could be built within the novel if their characters were more developed. Nonetheless, the issues Jerkins explores throughout Caul Baby undoubtedly make it a powerful and worthwhile read.

Caul Baby is a fascinating debut, which holds much promise for Jerkins’ future fictional works. 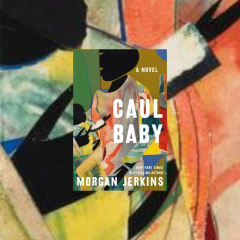 Caul Baby is an engrossing tale about family drama, motherhood, infertility, and gentrification. 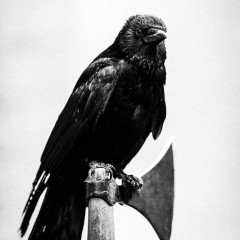