A phenomenal piece of interactive theatre about leisure and labour

Everyone should see work.txt. The play, if it can be called a play, is an immersive show experienced collectively through audience interaction. Because of this experimental quirk, your experience of the will obviously differ from mine. This does make it somewhat difficult to review having only seen it once, as it’s entirely possible that the experiment lives and dies depending on who is (or isn’t) in the room.

There’s a surge of excitement at the discovery of our collective control. You feel responsibility to your fellow audiences members to make the show a good one, if only to justify the ticket price. There is a script but very little happens without our go ahead. It’s a huge gamble on our willingness to push the story forward and the writers have some cheek to make us work for it, but then that’s the kind of the point. It’s a society in miniature and the stakes are social as well as aesthetic.

What if we all refused to play along? It’s certainly an option, the right to withhold labour. The thought crosses our hive mind. Instead we build a city together, because we are told to. Then we meet its denizens who are as diverse as we are. In our story, the fictional city is inhabited mostly by liberals who earn less that £30k but apparently have enough inherited capital to attend the Edinburgh fringe. Only half of us seem to drink coffee. Fewer are freelancers. One man in my role feels special today. Unprompted all of us disagree about the merits of certain cheeses. Roughly three-quarters of us have heard the joke about the cheese that isn’t yours (nacho cheese).

None of these details are for certain. Some are likely to recur from show to show, others will be totally unique to the moment. We learn and infer more about each other as we tell a story together. Our protagonist is Dan (who knows who yours will be). He stops working and an image of him lying on the ground captures the public imagination. We do our best to tell this story.

It’s almost unfair to describe work.txt as experimental theatre, because the proof is in the pudding. Rarely does a play bring such satisfaction and camaraderie. I’d be interested to see the show again with a more reticent audience less inclined to participate. Would work.txt still work? Probably, but for different reasons to the performance I saw. There are moments in the script that acknowledge silence and make room for awkwardness. The little failures are already baked in.

It’s brilliantly executed and I look forward to reading people’s reactions to it online. After all it is a show about community. You actively want to come away and debrief with someone, to ask each other questions about the show, remember moments of genuine surprise and spontaneity. The title does it a disservice. Don’t be put off by it. It makes perfect sense when you’ve seen the show, but it doesn’t capture the incredibly joyous and fun experience on offer.

A daring, empathetic piece of interactive theatre, Work.txt is ostensibly about work, leisure, and how we organise our society around labour practices. These are huge ideas to grapple with and yet they we live by them every day. Work.txt puts this into perspective in the most perfect way possible. It’s genius, really. 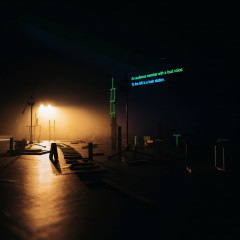 A phenomenal piece of interactive theatre about leisure and labour